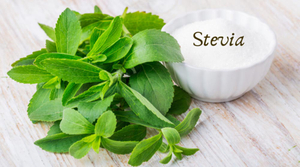 Stevia is not a new product. Before 2008, the stevia market had been tepid due to various reasons including regulations. But in the past 10 years, the stevia market has shown exponential growth and has achieved great success globally, becoming the most popular zero-calorie food and beverage sweetener.

In March 2018, stevia supplier Spececo and market research company Mintel jointly released a market research report. The report pointed out that in 2017, the number of stevia-containing foods and beverages launched globally increased by more than 10% over 2016. In 2017 alone, 3,500 new products were launched. Analysis believes that stevia is present in more than 16,000 food and beverage products worldwide.

With the continuous increase in the scope of application, this plant-derived natural sweetener is eroding the market share of other high-intensity, low-calorie sweeteners. The increasing prevalence of obesity and diabetes worldwide is one of the main factors driving the advancement of the stevia market, as well as consumer efforts to reduce sugar intake.

Whether it is in beverages, snacks, dairy products or candy, the opportunities for stevia are ripe, and as suppliers improve the taste of stevia, the field will develop further. Some suppliers are now working to produce more steviol glycosides, such as Reb M and Reb D. It is said that compared with the more common RebA, the first two taste sweeter (bitter after Reb A or aftertaste of licorice).

For suppliers, the question now is how to increase the utilization of Reb M and Reb D. Some people believe that the answer is still rooted in the extraction of stevia leaves—that is, gradually growing stevia leaves to produce a higher proportion of small glycosides (just as some companies are also using enzymes to treat their stevia extracts to improve taste) . However, this kind of plant breeding takes time, and, as one can imagine, it may take years, sometimes even decades, to achieve a significant expansion of the number of these glycosides in stevia leaves.

This may require other less time-consuming methods, such as a stevia ingredient developed by Cargill over a period of years. It is said that the production process does not involve traditional stevia leaf extraction. This product, called EverSweet, is produced by fermentation (produced by Cargill in cooperation with Evolva, a Swiss fermentation material expert). Obtaining Reb D and Reb M directly in the fermentation tank means that the steps of plant breeding, agricultural cultivation and water irrigation can be omitted.

However, some manufacturers insist on using extraction methods to expand the production of Reb M and Reb D. This is mainly to preserve the biggest selling point of stevia: natural, zero-calorie and plant sources. However, with the increasing market demand for these small glycosides, is it really possible to fully increase the supply and meet the demand through traditional extraction technology? In other words, more food and beverage manufacturers will look for fermented raw materials like EverSweet produced by Cargill? There is no conclusion yet.

Ingredion launched a Reb M and Reb D product called Bestevia in 2017, which is said to be 300 times sweeter than sugar. Afrouz Naeini, the company's senior marketing manager, said that the product has a clean sweetness and no bitterness, and can completely replace sugar in food.

In addition, Bestevia Reb D, jointly developed by Iruian and SweeGen in November 2017, also obtained the FDA's GRAS certification. Because the taste is very close to that of sucrose, it can be applied to many products.

In order for consumers to fall in love with low-sugar foods and beverages forever, formulators must ensure the taste of these products. It is precisely because of this that if the food and beverage giants that have already cooperated with stevioside companies-including Coca-Cola, Kraft Heinz, Nestlé, Danone and Pepsi, etc.-are increasingly demanding the supply of more delicious steviol glycosides.

With the advent of the global "sugar reduction" storm, more brands are ready to carry out product innovation. How does innovation comply with regulations, breakthrough technology, and ultimately gain consumer recognition?