New Techniques for the Extraction & Preparation of Cannabis Oil

Can you please give an overview of the recent changes to the legalized use of cannabis for medical and recreational purposes?

Cannabis first began to be decriminalized and legalized for medicinal use in the US in the late 1990s and 2000. However, the production of cannabis and cannabis extraction as an industry remained limited until recently when recreational use began to be legalized. That began in Washington and Colorado in 2012.

In states where cannabis use has been legalized, whether it is for recreational or medicinal use, the market is then highly regulated, with separate licenses for growers and extractors, which are sometimes known as producers and manufacturers, and distributors or retail outlets.

Outside North America, the cultivation, sale and possession of cannabis remains illegal in most countries. However, in some countries, such as the Netherlands, Spain, Switzerland, and Portugal, for example, personal use has been decriminalized. Some countries have also legalized it in order to allow medical use and on the back of that, have been allowed limited production for this market. Examples include Finland, France, Germany, and Israel. What impact have these changes had on the demand for the extraction and preparation of cannabis oil?

Cannabis is one of the fastest growing markets in the US and is estimated to be worth in excess of 7 billion dollars in 2016. Products are sold in many formats such as dried plants, dried flowers and leaves, and increasingly in purified forms such as oils and waxes. These extracted forms are used in e-cigarettes for vaping and can also be incorporated into drinks, edibles and so on.

The production market is being driven by demands for specific and pure cannabinoid extracts. Tetrahydrocannabinol (THC) is the most common and well-known active ingredient in cannabis. It produces the high that the recreational users are looking for. In addition, THC and other cannabinoids are said to offer therapeutic benefits, such as anti-inflammatory, antispasmodic, anticancer, anti-convulsive and anti-insomnia effects. Many more additional benefits have been reported, depending on the mixture and concentration of various active ingredients.

Terpenes are the pungent oils that give cannabis its distinctive flavors and fragrances. Variations of terpene contents are obviously important for the recreational cannabis, but it is also thought to act synergistically with THC and other cannabinoids, for medical applications.

Therefore, although the cannabis market still holds something of a stigma, with legalization, it is rapidly becoming a legitimate market in the US and Canada and, particularly, the increased activity in medical marijuana research lends legitimacy to this market.

Although the recruitment of trained lab staff by producers can be hindered by the persistent stigma, cannabis companies are also beginning to recruit scientists from the pharma and biotech fields.

How do new extraction and preparation techniques compare to previous methods?

The oils are extracted from cannabis plant material and the raw extract is distilled to remove unwanted material. Extractors typically utilize one of three extraction methods.

Butane extraction is a really old method that dates back to the 1960s and it's falling out of use, partly because of the high explosion risk. With back-yard cannabis producers, there are quite a few explosions.

Solvent extraction is probably the most common method at the moment. A range of solvents may be used, but primarily, ethanol extraction tends to be the choice.

Finally, supercritical fluids chromatography (SFC) or CO2 extraction is an expensive, but increasingly common method, particularly when extractors are looking for specific components.

The raw extracts contain a variety of fats and waxes, as well as the target cannabinoids and to remove these inert materials and concentrate the active ingredient, they have to go through a refinement process called winterization: the raw extract is cooled, which solidifies the contaminants so they can then be filtered out.

Whichever extraction method is used; some form of distillation or removal is required to remove the solvents. The method of first choice is usually a rotary evaporator, but increasingly, extractors are looking to increase the throughput by utilizing the Genevac Rocket Synergy centrifugal evaporation system.

Can you please give an overview of the Rocket 4D Synergy?

Fitted with a removable stainless steel evaporation vessel, or bowl rotor as we call it, the rocket synergy can evaporate batch volumes of up to five liters and the rocket 4D synergy features an automatic system, which allows many tens of liters to be processed, without any user intervention.

The rocket monitors and controls all these parameters during the evaporation and then stops automatically when the products are dry or concentrated. Once loaded and started, the system will operate completely unattended.

Also, Rocket Synergy evaporators include patented Genevac DriPure technology, which prevents bumping and foaming - a major issue in natural product extraction. Foaming of the product can inhibit the evaporation and cause back flow and so on. 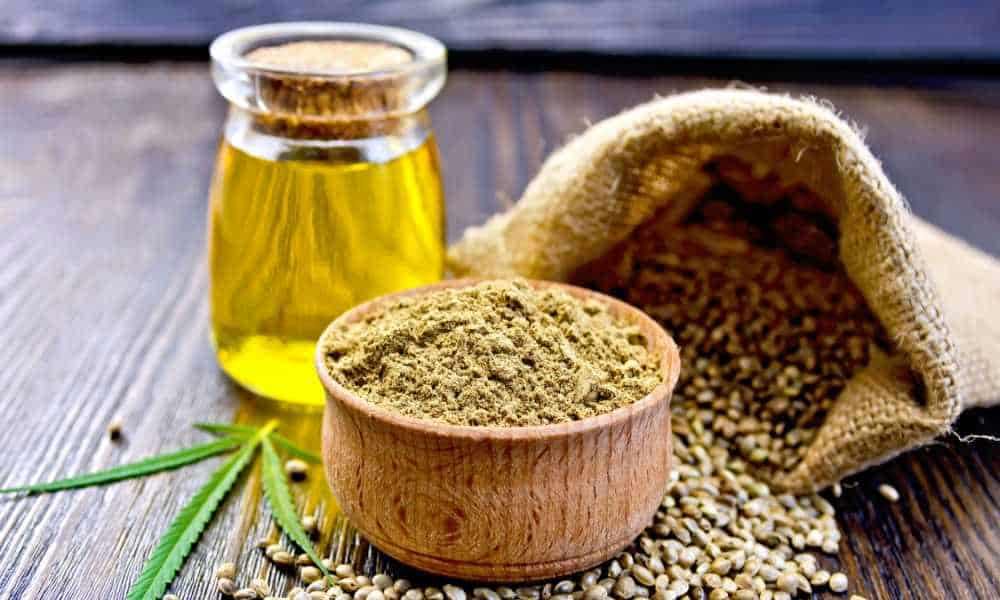 Has the Rocket been tested against the industry standard rotary evaporator? How does the Rocket compare?

Evaporation time was reduced, while maintaining an acceptable residue solvent content at the end of it. The system required no user input following start-up, whereas the rotary evaporator needed frequent attention during the run to maintain an appropriate evaporation rate. By contrast, the Rocket automatically controlled the vacuum and supplied heat energy.

It monitored the evaporation rate throughout the run, collecting and draining the solvent from the integral condenser and stopping automatically when the solvent had been removed. Since no user intervention was required, the operator was able to complete other tasks during the evaporation run.

In addition, the system monitored parameters automatically during the run, which meant that there was a more consistent operation and subsequent product quality. There is a paper and a video about that evaluation available on our website.

How can the Rocket 4D Synergy be used in the process of production scale up?

Solvent evaporation during the extraction process, or after winterization, is a key process in the refinement of cannabis extract. Rocket Synergy evaporators with their auto stop and DriPure to prevent foaming, offer a fast and unattended batch production.

Key to production scale-up is the very large volumes of up to many tens of liters that can be processed without operator intervention, using the automatic feed system on a Rocket 4D synergy.

How does the Rocket 4D Synergy differ from previous models?

The Rocket was originally designed for six flasks of 400 ml of solvent. It was OK for fairly large volumes, but not for bulk process scale. The Rocket 4D had a fixed bowl rotor for batch and feed processing. However, on the Synergy Series, we've now got interchangeable rotors on both systems.

You've got a system that can be used both for research, where you're working with smallish volumes to build up your process. You can then move up to a batch, 5 liter process. Then, if you've got a 4D system, you can then move up to a feed system for your actual production. One system will give you the ability to do your evaporation, right from your research, up to your production.