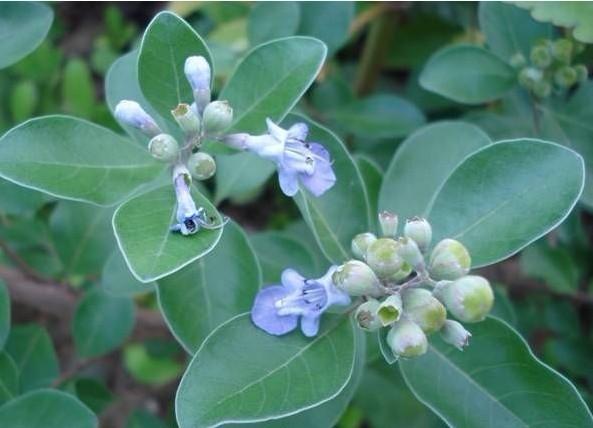 Chasteberry(Vitex agnuscastus), also called Vitex, Chaste Tree or Monk's Pepper. Its berries are considered a tonic herb for both the male and female reproductive systems. The leaves are believed to have the same effect but to a lesser degree. The traditional use and clinical studies have shown its beneficial effects in the anti-libido, management of premenstrual stress syndrome and infertility and so on.

The main active ingredients in Chasteberry are Flavonoids, alkaloids, diterpenoids, Vitexin and steroidal hormone precursors. Nutramax’s Chasteberry extract is measured by the concentration of Vitexicarpin.

Vitexicarpin also called Casticin, is a Flavonoids compound. Vitexicarpin’s activity is Anti-spasmodic of trachea, inhabit the hyperplasia of T- lymphocyte and B- lymphocyte, and break off the mitosis of KB cell to anti-tumer.

Animal research has shown that extracts of chaste tree berry have an effect on the pituitary gland of rats, reducing prolactin secretion. In a clinical trial of chasteberry for menstrual cycle abnormalities attributed to too much prolactin, the herb normalized both the cycle and the levels of prolactin and progesterone hormones.

It is also believed helpful for premenstrual breast tenderness, a condition linked to excess prolactin. Several uncontrolled studies in Germany have shown that chaste tree extracts can reduce symp-toms associated with PMS. Although studies are lacking, the antiandrogenic effect of chaste tree berry is the rationale behind the use of this herb to treat acne in both men and women and its very occasional use to reduce an overactive libido.

(1). With the function of evacuating heat, relieving the uncomfortable feelings of head and eyes;

(2). With the function of treating dyspepsia, enteritis, diarrhea, swelling and pain caused by falling and hitting;

(4). With the function of analgesic, anti-bacterial and anti-viral