An anxiety disorder can range from social anxiety to outright panic attacks. Doctors will generally prescribe medications that work on the central nervous system — like lorazepam. They may also prescribe beta blockers or antidepressants. Unfortunately, with those prescription drugs often comes nausea, vomiting, weight gain, diarrhea and sexual problems. Fortunately, you don’t have to settle for prescription meds; you have other options. Here are three natural herbal remedies that can treat anxiety without troubling side effects. 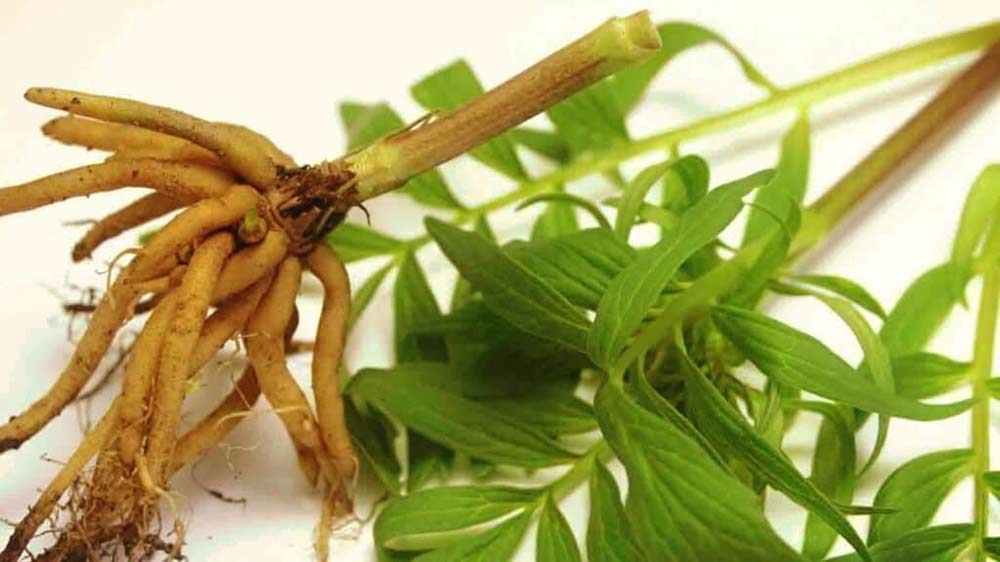 Valerian root has been used for centuries to calm anxiety. In fact, it was even used by the ancient Greeks and Romans to ease insomnia, nervousness, trembling, headaches and stress. Valerian is a perennial plant that grows wild in grasslands throughout North America, Asia and Europe. It produces white, purple or pink flowers in the summer months. Herbal preparations are usually made from the root of the plant.

Today, valerian root is widely accepted for its sedative qualities and anti-anxiety effects. Swissresearch suggests that valerian root increases the amount of a chemical called gamma-aminobutyric acid (GABA) in the brain. GABA helps control nerve cells and calms anxiety. Interestingly, popular anti-anxiety prescription drugs like Xanax and Valium also work by increasing the amount of GABA in the brain.

Often, symptoms of anxiety include sleepless nights. Valerian reduces the time it takes to fall asleep and improves the quality of sleep. A study conducted by the Foellinger Health Center in Sweden found that the effects of valerian on poor sleep were significant. Forty-four percent of study participants reported perfect sleep, while 89 percent reported improved sleep while taking valerian root. And unlike pharmaceutical drugs, no side effects were reported. Valerian root has also been shown to suppress both physical and psychological stress in animal studies, according to researchpublished in BMC Complementary and Alternative Medicine.

Based on research by NYU Langone Health System, the recommended dose for valerian is 120 to 200 milligrams, three times daily. Your last dose of valerian root should be taken prior to bedtime. Increasing your dose could result in sleepiness throughout the day.

Kava grows in tropical climates, particularly on the islands of the Pacific Ocean including Fiji, Samoa, Hawaii and the Republic of Vanuatu. It grows low to the ground and has light green, heart-shaped leaves. According to the University of Maryland Medical Center, kava is best known for its relaxing qualities. It also elevates mood, while producing feelings of well-being and contentment.

Traditionally kava has been used in ceremony, and as an herbal remedy by people native to the Pacific islands. But, since kava’s usage history has largely been unregulated, its use is somewhat controversial. However, because of its calming qualities, kava has come to the attention of the medical community as a possible treatment for anxiety.

Kava As Effective as Prescription Drugs

A 2000 study found kava as effective as prescription medications for anxiety by increasing the level of the relaxing brain chemical GABA. Another study shows that kava may improve mental well-being in menopausal women — particularly, depression and anxiety — without disrupting their estrogen levels.

Yet, according to the Mayo Clinic, although kava appears to be promising for treating anxiety, reports of serious liver damage have emerged — even with short-term use — which caused several European countries to pull it off the market. The Food and Drug Administration has issued warnings but has not banned sales in the U.S.

Recently, researchers have isolated the active ingredient, called “kavain,” that affects mood receptors and helps people with anxiety. Meanwhile, recent research has served to lower safety concerns regarding the use of kava and hepatotoxic (liver disease) risk. A recent German court overturned the previous kava ban in that country, which in turn, may influence the reinstatement of kava by the European Union.

You can find Kava in tea, powder, capsule and liquid form. Although more research is needed, German research concludes that daily intake should not exceed 250 milligrams per day in any form.

Passionflower was used traditionally in the Americas and Europe to calm anxiety, help insomnia, seizures and hysteria. It’s still used today as a natural treatment for anxiety and insomnia. Like the other natural remedies, passionflower works by increasing the brain chemical GABA in the brain, according to the University of Maryland Medical Center. But unlike valerian and kava, passionflower is milder in treating anxiety.

A study published in the Journal of Clinical Pharmacy and Therapeutics compared passionflower to oxazepam (a drug used to treat anxiety) for the treatment of generalized anxiety disorder. And, although Oxazepam worked faster, it also caused significantly more problems relating to the impairment of job performance. Passionflower, on the other hand, had a very low incidence rate of impairment. Researchers conclude that passionflower extract was just as effective as oxazepam in treating anxiety.

Flowers, leaves and stems of the passionflower are used for medicinal purposes. You can find then in infusions, teas, liquid extracts and tinctures. According to the University of Maryland recommended doses are as follows:

For tea: Steep about 1 teaspoon of dried herb in one cup boiling water for 10 minutes. For general anxiety, drink three to four cups per day. If you suffer from insomnia, drink one cup before going to bed.

Passionflower is generally considered safe for treating anxiety. However, according to the NCCIH, it may cause some side effects, including sleepiness, dizziness and confusion. Therefore, you should not take passionflower with sedative medications. It’s also not safe for pregnant women or breastfeeding women to take, as it may induce contractions if you’re pregnant.

It’s important to note that although herbal remedies are safer than many medicines that originate from a laboratory, you can still experience side effects if you don’t use them correctly. Combining herbal remedies with prescription medicines, or when using them to treat serious illness without the help of a professional could pose health risks.