You are here: Home » News » General Knowledge » 6 Food Ingredients Worth Paying Attention To In 2021

6 Food Ingredients Worth Paying Attention To In 2021

As consumers' attention and interest in plant-based products continue to increase, plant-based herbal or medicinal and edible foods have begun to receive market attention. At present, the consumer population in the field of natural foods and beverages continues to grow, and the demand for functional ingredients is also increasing. The market data company Technavio data report pointed out that the global functional food and beverage market is continuously increasing, and the compound annual growth rate of 2017-2021 is expected to be close to 8%. In the same period, the compound annual growth rate of functional food in the US market is 6.53%.

6 Food Ingredients Worth Paying Attention To In 2021

This trend is more based on factors such as consumers paying more attention to their own health, the increasing trend of population aging, and consumers' closer attention to diet and health. With the continuous increase of market consumption patterns, consumers' demand for functional products has become more and more obvious. It is estimated that the following six food ingredients will be the ingredients worthy of attention in 2021. The benefits provided by these ingredients are not only related to nutrition and function, but also have corresponding contributions in the field of sustainability. 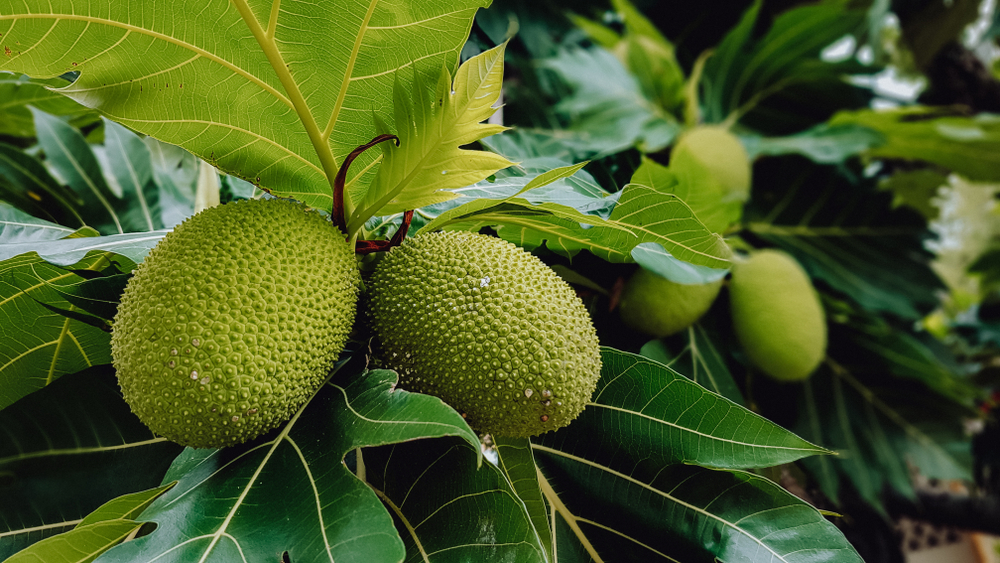 Breadfruit is a major crop grown in tropical and South Pacific countries or regions. It can be eaten in many ways, including fresh or dried and ground into flour. Recently, a research team from the University of British Columbia (UBC) stated that breadfruit has broad prospects and may become the next big trend. Researchers also believe that it has the potential to improve global food security and reduce diabetes.

Studies that have been conducted so far have evaluated the glycemic index of breadfruit and found that breadfruit has a lower glycemic index, is rich in protein and fiber, and a lot of micronutrients, and is easier to digest than wheat protein. It is comparable to many common staple foods, such as wheat, cassava, yam and potatoes. Breadfruit has a wide range of uses. It can be eaten as a fruit when it is ripe, it can be eaten in the mature and immature stages, and it can be made into gluten-free flour.

Market data shows that in the past 12 months, consumer interest in breadfruit has increased by more than 53%, and is expected to increase by 43% next year. Breadfruit is not well-known in many western markets, but the growing demand for gluten-free foods and plant protein is undoubtedly an opportunity that can be developed. Most importantly, breadfruit is a more sustainable crop than potatoes, wheat and cassava.

In terms of special retail channels, breadfruit mainly appears on the shelves as a kind of flour, and its new application areas are extensive, such as pasta. In the future, it will become the next major superfood category.

Melatonin is not a new raw material. It has a long history of consumption in the nutritional supplement category to help travelers with jet lag or patients with insomnia improve their sleep or fall asleep more easily. Now, it is beginning to appear in functional beverages to meet the growing demand for "anti-energy" products to help consumers relax and soothe.

At the same time, people's renewed interest in melatonin is that a new study by the Cleveland Clinic in the United States found that people taking melatonin are 29% less likely to test positive for COVID-19. African Americans The probability of a positive test result is 52% lower. This connection is established through big data analysis, which accelerates the search for potential treatments by reusing existing drugs.

Other studies have also pointed out the importance of sleep and its role in regulating the immune system. Consumers’ interest in melatonin has increased by 27% compared to last year. It is expected that the important cognition of melatonin in immune health will continue to increase consumer interest. 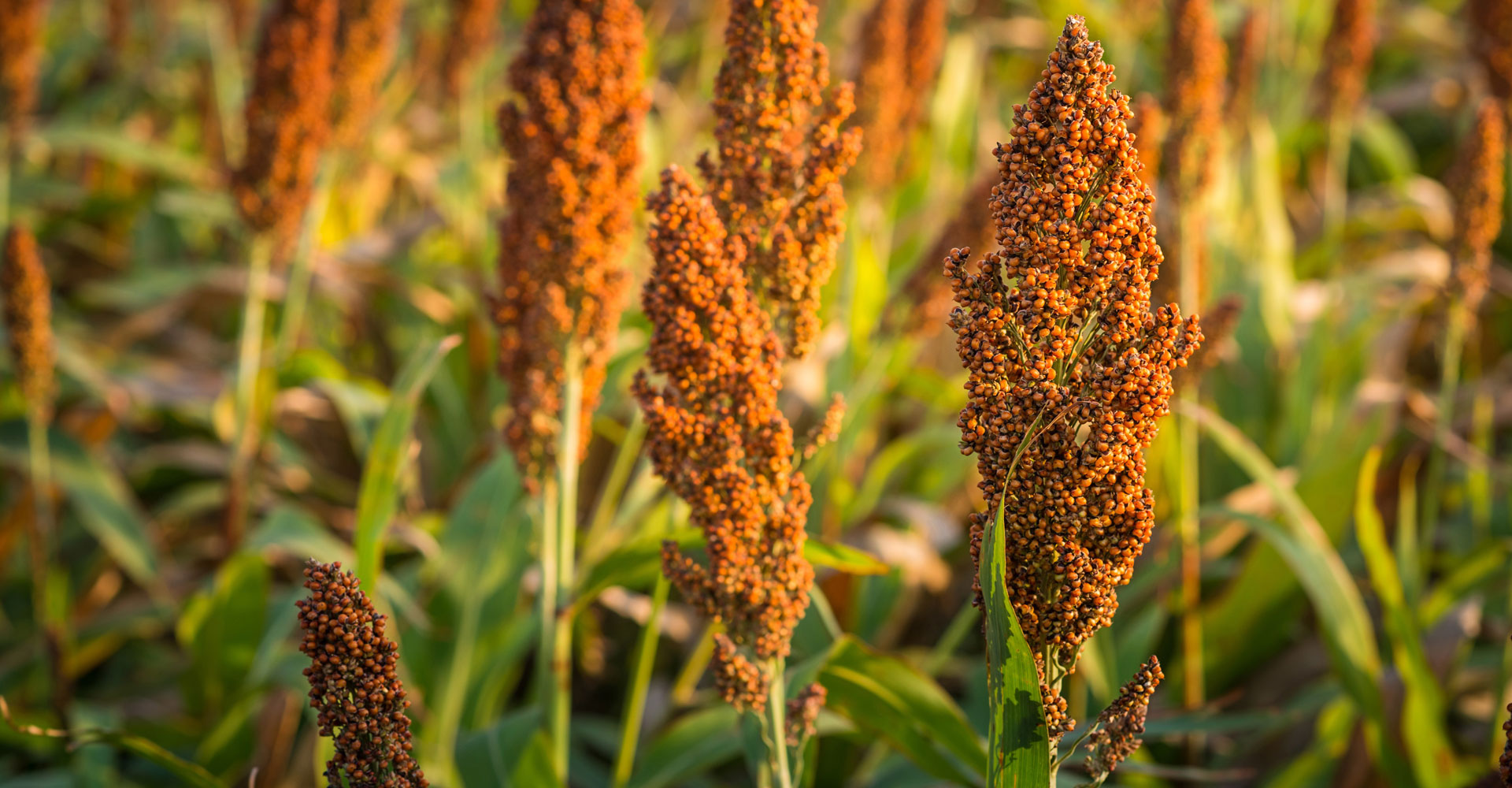 As consumers hope to regain healthy and more sustainable eating habits, interest in ancient grains will continue to rise in the coming year. Among the many ancient grains, millet will have a high degree of market attention. It will continue to extend from the original cognitive concept (the staple food or animal feed for the poor in Asia and Africa) to new directions, becoming more nutritious and more nutritious than rice or wheat. A more climate-friendly option.

Millet is rich in protein, dietary fiber, B vitamins, calcium, iron, potassium, zinc, magnesium and beneficial fats. They are also highly adaptable crops, capable of growing in different climatic conditions, even under severe drought conditions where water is scarce. From cereals to bread, snacks, even baby food and beer, millet is gradually entering daily food. For example, Rollin Greens uses organic millet instead of potatoes in mashed potatoes, while Insane Grain has a series of puffed snacks made from sorghum.

Market data predicts that interest in Xiaomi will increase by 25% in the coming year. The United Nations is likely to designate 2023 as the "International Year of Millet", so it looks forward to seeing more product innovations in Xiaomi.

Since 2018, interest in food processing by-products has increased by 254%. This is still a very niche area and will have a significant impact in 2021. Companies continue to reduce the amount of waste generated and extract maximum value from by-products. As people become more interested in recycled foods, one of the raw materials that benefited from it is Cascara, which means "skin" or "husk" in Spanish, which is the dried skin of coffee beans.

It is estimated that up to 80% of the coffee crop is wasted, almost all of which is Cascara. However, this fruit is rich in nutrients and contains a lot of antioxidants, polyphenols and chlorogenic acid, but it contains only a quarter of the caffeine of coffee beans. In addition, Cascara has a faint fruity taste and can be used in beverages, teas, nutrition bars, protein powders, and even breads.

It is expected that consumer interest in this raw material will more than double (103%) in 2021.

With the outbreak of the new crown epidemic, consumers' attention to immune health has reached an unprecedented height, and intestinal health will continue to occupy a priority position. In addition to prebiotics and probiotics, epibiotics have also gained more and more consumer awareness.

The epibiotic refers to the general term for beneficial microorganisms (live or dead probiotics) and their metabolites, usually refers to bacterial products or metabolic by-products that cannot survive independently, but have biological activity in the host. When probiotics take prebiotics as food, the by-products produced include organic acids, bacteriocins, carbon substances and enzymes.

Research on these factors shows that although these studies are still in their early stages, they have potential benefits in reducing blood sugar and obesity risk, anti-microbial and anti-inflammatory. They are also found in some foods containing probiotics, such as kimchi, kefir and sourdough bread. Epizoans are not living microorganisms, so they are suitable for storage-stable foods and beverages. The data shows that consumers' interest in epigenetics has increased by 78% over last year.

The carob tree belongs to the "beans" family. This tree produces a kind of fruit that resembles a pea pod, but is dark brown in color. It originated in the eastern Mediterranean, but it is cultivated in many parts of the world.

As a super sustainable crop, it does not require a lot of water to grow. It tastes nutty, has no bitterness, is low in fat, sugar and calories, and contains no gluten and caffeine. A vegan diet can lead to a deficiency of hydroxyproline (HYP), which is an amino acid essential for collagen production. Carob is not only rich in hydroxyproline, but also provides fiber, calcium, iron, antioxidants and protein.

Coffee, tea, flour, pasta, jam and biscuits all contain carob beans. Protein bars made from carob beans and coconut are very popular, friendly to vegetarians, and are used to supplement energy or exercise before exercise. Ideal for post-recovery. Now, carob pods are selling points with their natural sweetness, which is smoother and richer than ordinary carob pods in the past. In addition, carob extract is also a very excellent natural raw material. Because it is rich in high content of D-chiral inositol (DCI), research has found that D-chiral inositol (DCI) in addition to inositol promotes liver lipid metabolism In addition to its functions, it can also improve ovulation in patients with polycystic ovary syndrome (PCOS), regulate hormone balance, and improve menstrual disorders.