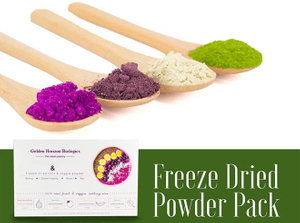 In the remote village of Acciaroli in southwest Italy, about one in every 10 people is over 100 years old. Did they discover the Fountain of Youth? Not likely. It's probably not something in the water that's leading to the incredibly longevity of the residents. But it may be something in the rosemary.

Researchers from the University of California San Diego and Rome's Sapineza University studied the town's incredibly healthy, long-living population and found that one thing they did was cook with lots and lots of rosemary. The local version of the herb is especially pungent and reportedly smells 10 times stronger than the one most people are familiar with, reports the New York Times.

So could this aromatic herb do more than add tasty benefits to a variety of culinary creations? Quite possibly.

Officially Rosmarinus officinalis, rosemary is a perennial evergreen shrub native to the Mediterranean that now grows widely in much of the world, particularly in warm, sunny climates. The plant has long, spiky needles that are green on top and silvery underneath, as well as small, blue flowers. In addition to being available as a fresh herb, rosemary is sold as a dried whole herb, dried in capsules and as an oil.

Rosemary has been used for cooking and for medicinal purposes for ages. (Photo: phloen/Shutterstock)

Both the leaves and the stems of the plant have been used for cooking and for medicinal purposes for centuries. Here's a look at some of the ways rosemary might help your health:

Memory and concentration. Rosemary has long been linked in folk medicine to better memory. Reportedly in ancient Greece, students would place rosemary sprigs in their hair while they studied for tests. It is used in aromatherapy to help with concentration and age-related cognitive decline. Some studies show that rosemary aromatherapy can improve the quality, but not the speed of memory, reports WebMD. Early evidence in other studies suggest that taking just 750 mg of powdered rosemary leaves in tomato juice might improve memory speed in healthy, older adults. However, taking higher doses may make memory worse.

Stress. Rosemary is also used in aromatherapy to ease stress. One study suggests that the combination of rosemary with other oils could possibly lower cortisol levels and thereby lower anxiety, reports the University of Maryland Medical Center (UMM). A similar study found that using essential oil sachets made of rosemary and lavender helped ease test-taking stress for nursing students. Other studies, however, show that applying straight rosemary oil to the wrist can actually increase anxiety and tension while taking a test.

Hair loss. For ages, rosemary has been linked with hair growth in many cultures. Some early research shows that applying a combination of rosemary oil, lavender, thyme and cedarwood oil to the scalp can help improve hair growth, according to WebMD. In one study, people with a disease where hair falls out in patches (alopecia areata) experienced significant hair regrowth when they massaged their scalps with rosemary and other essential oils compared to those who just massaged their scalps with no oils. However, the study was poorly designed, UMM points out, so researchers aren't sure if the rosemary was responsible for the hair growth.

Indigestion and other gastric issues. There isn't a lot of scientific evidence that rosemary helps with problems like stomach upset, gas or indigestion. However, UMM reports that in Europe rosemary leaf is used for indigestion and is approved by the German Commission E, which examines the safety and efficacy of herbs.

Muscle pains and aches. Some early studies show that taking a combination of rosemary, hops and oleanolic acid may help ease the pain associated with arthritis, according to WebMD. Rosemary oil is also approved by the German Commission E as a topic treatment to treat muscle and arthritis-related pain and to improve circulation.

Mental energy. Rosemary's smell is unmistakable. And if you're bored or a little uninspired, maybe a whiff of the pungent herb can help. A 2013 study looked at the effects of inhaled rosemary oil on feelings and activities of the nervous systems. Among its findings: "All the data has collectively shown a medicinal benefit of rosemary oil when inhaled, by the removal of feelings of boredom and by providing fresh mental energy."

Other possible benefits. So the science is iffy (or nonexistent) in these situations, but some people use rosemary to treat a range of conditions including gout, cough, headache, liver and gallstone problems, high blood pressure, toothache and eczema. Although there isn't the research to back up the claims in these instances.