You are here: Home » News » General Knowledge » All About Mangosteen: Queen of the Fruits in Asia 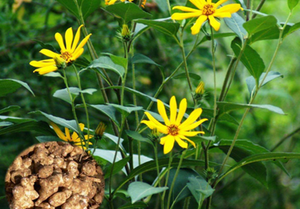 All About Mangosteen: Queen of the Fruits in Asia

If there’s only one tasty, unfamiliar treat to try while traveling in Southeast Asia, it’s mangosteen fruit. With delicate, milky white flesh that practically dissolves in the mouth, mangosteen fruit is appreciated by people throughout Asia.

Along with a unique taste, mangosteen has a host of reputed health benefits. Don’t think for a minute that any of those processed health drinks or supplements adequately represent the real fruit!

Despite the name, mangosteen has nothing to do with regular mangoes. Mangosteens are perfectly round with a dark, purple rind that peels away to stain fingers and reveal delicate, flavorful fruit segments. Seeds are small enough to be eaten and aren’t a concern.

Many Americans outside of Hawaii aren’t familiar with mangosteen fruit; it was banned from import to the U.S. until October 2007 for fear of introducing exotic insects.

The mangosteen’s limited availability outside of Asia and delicious taste should put it at the top of your must-try foods in Southeast Asia!

The official name of the fruit is purple mangosteen (Garcinia mangostana).

Mangosteen is known throughout Asia as the “queen of the fruits”.

In Thai, mangosteen is called mang-khud.

In Malaysia and Indonesia, mangosteen is known as buah (fruit) manggis (mangosteen).

Where Does Mangosteen Grow?

Thailand grows the most purple mangosteen, however, it also thrives in Malaysia, Indonesia, and the Philippines.

Finding quality mangosteen outside of Asia isn’t easy. The fruit’s short lifespan makes importing them between countries especially difficult. Canned and frozen varieties aren’t nearly as delicious as the fresh fruit. Some upscale restaurants have dabbled with expensive dessert offerings made from mangosteen. The fruit can sometimes be found in Asian supermarkets, but the price per pound is usually much higher than other fruit. 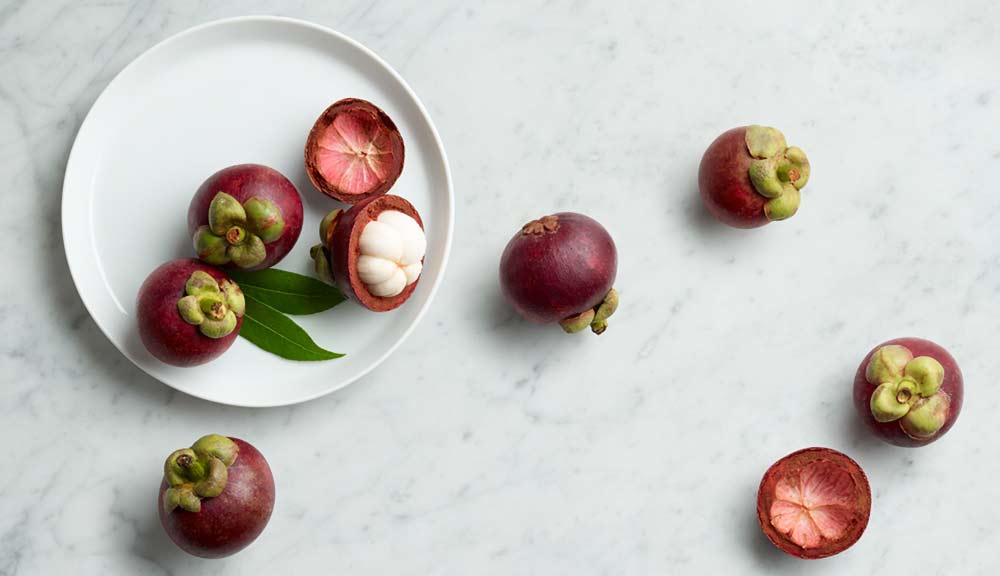 Mangosteen trees prefer hot and wet climates with high humidity, so the fruit is best in the summer months. Thailand’s oppressive heat between April and July just as the rainy season begins is the perfect time to find good mangosteen. Mangosteen fruit is best in Malaysia between June and August.

Of course, mangosteen season varies from country to country in Asia according to the climate and monsoon seasons of each. Mangosteen season often coincides with durian season. Durian is known as “king of the fruits” in Asia, so the king likes to have his “queen” nearby. If you see plenty of in-season durian fruit, chances are that you can find good mangosteen as well.

How to Choose the Perfect Mangosteen

If you’;re buying mangosteen fruit outside of Southeast Asia, it’s expensive -- you’;ll definitely want to choose the best fruit for the price. The hulls are surprisingly thick, so much of the weight ends up discarded rather than eaten.

The mangosteens you choose shouldn’t be rock hard; they should give just a little but not rupture when squeezed. The darker the color, the better. Opt for fruit with the green stem still attached on top.

The “insider” secret for choosing wisely is to observe the bottom of each fruit. The number of petals on the tiny, raised pattern actually corresponds with the number of pieces of edible flesh inside. Generally, the more tasty, white segments inside your mangosteen, the better! Demonstrating that you know exactly how many edible pieces are inside each fruit is a fun gag to play on friends who have never tried mangosteen.

Any fruit segments that are yellow or discolored may be bitter and should be discarded.

How to Eat Mangosteen Fruit

Although the dark rind is reputed to be rich with phytonutrients, washing off any pesticides and anti-fungal sprays won’t be easy. Instead, peel away the rind; you can get it started with a knife or simply use your fingers. Make a cut in the center of the fruit, then gently pull it apart into two halves. Be aware: juice from the mangosteen hull will stain fingers and clothing!

The soft fruit segments inside are slippery -- don’t lose them! Toss any yellowish pieces, and don’t worry about the small seeds.

From harvest to market, mangosteen fruit only lasts a few days in Southeast Asia’s high heat and humidity -- consume before it has a chance to spoil.

Brightly colored foods often get their colors from compounds that have provide health benefits; mangosteen fruit is no different. That finger-staining rind usually peeled away and discarded has been used in Asia as a natural medicine for generations. Tea made from mangosteen rind is used to treat diarrhea, urinary tract infections, and other ailments. The peel is used to treat wounds, insect bites, infections, and skin rashes.

Tannins and compounds known as xanthones found in mangosteen were proven to have anti-cancer and anti-inflammatory properties. But like many supplements, not enough studies have been performed to produce conclusive data.

Something scientists can agree upon, however, is that mangosteen fruit contains healthy minerals such as manganese, magnesium, and copper. Mangosteens also contain a good amount of folic acid.

Interestingly, mangosteen contains relatively low amounts of vitamin C and other vitamins compared to familiar fruit. The alleged health benefits that earn mangosteen the title of “superfruit” are assumed to come from the many phytonutrients that aren’t tracked or fully understood enough to be listed on labels.