You are here: Home » News » Health Benefits » Application of water-soluble resveratrol in the field of food and beverage 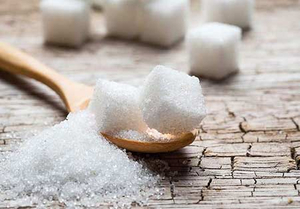 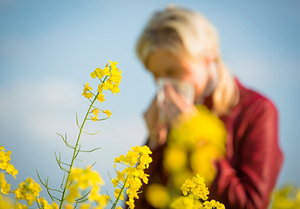 In the market of plant functional raw materials, resveratrol is not a new thing. It was once hot at least as hot as curcumin. Its effect on life extension has attracted the attention of a large number of scientific researchers. However, as its side effects under high-dose use were discovered, especially the occurrence of research fraud scandals, which greatly hit the market for this product. However, this does not mean the demise of resveratrol. At present, some active promoters are still conducting relevant research to inject new vitality into this market, including Evolva, a well-known supplier of fermented resveratrol.

At the SupplySide East exhibition held in the United States not long ago, Evolva showed its cold water-dispersed resveratrol Veri-te for the first time. According to the company, the product uses innovative scientific research and carrier systems that can be used in beverages, foods and even cosmetics.

It is understood that in 2017, Evolva changed its resveratrol raw material to Veri-te, and highlighted its high purity, that is, the purity reached more than 98%. Because resveratrol is produced by fermentation, there is no problem of environmental pollutants. In contrast, resveratrol from plant sources such as knotweed and grape seeds is prone to heavy metals, pesticide residues, and other impurities.

Sally Aaron, senior vice president of Evolva Health and Wellness Ingredients, said that the new Veri-te CWD 90 cold water dispersible raw material allows formulators to use resveratrol in beverages, and its neutral flavor will not affect the taste of the product. According to the company's knowledge, it is the first cold water-dispersed resveratrol ingredient in the market, especially its high resveratrol content of 90%, which is rare. New products are developed according to the needs of customers. Many customers want to apply resveratrol to beverages and are looking for new carrier systems. At the same time, the new products can also be used in the formulation of other products such as food and cosmetics.

Aaron also said that focusing on the innovation of the carrier system is part of Evolva's resveratrol development strategy and part of "continuous promotion of brand innovation." At present, there are more than 200 clinical studies on resveratrol, and positive results have been achieved. Evolva is also conducting functional research on resveratrol, including exploring new health benefits of resveratrol. Although most of the research on the health benefits of resveratrol has focused on longevity and cardiovascular health in the past, emerging target areas include bone health, cognitive health, and blood sugar control. This means that new market opportunities are approaching.

Currently, Evolva is funding a trial at the University of Newcastle, Australia to study the potential benefits of Veri-te resveratrol supplements on postmenopausal women's bone health. The trial will conduct a post-menopausal study of 170 postmenopausal women for 24 months. The resveratrol group will ingest 75 mg of Veri-te twice a day. The study was based on a four-week study in 2014. Previous research on Veri-te has shown that Veri-te intake by obese men can promote healthy bone density.

Brain health is another emerging field of resveratrol scientific research. At the end of 2017, Evolva announced a collaboration with researchers from the Brain, Performance and Nutrition Research Center of the University of Northumbria in the United Kingdom to conduct human intervention studies on the potential effects of Veri-te on the intestinal brain axis. The researchers will study the effects of resveratrol on obesity, gut health (through the microbial population), systemic inflammation, and cognitive function. The first trial was conducted in 100 overweight and obese subjects to study the interaction between resveratrol and the gut microbiota.

The benefits of resveratrol on blood glucose regulation is also a promising research area, but there are still deficiencies in this field. The company pointed out that a recent comprehensive analysis showed that resveratrol can reduce fasting blood glucose, insulin and insulin resistance in patients with type 2 diabetes. In addition, studies have shown that resveratrol can improve the cardiovascular health of diabetic patients, such as helping maintain healthy blood pressure.

Aaron believes that Evolva's strategy of applying scientific research and formulation/carrier system applications simultaneously in the company's resveratrol field will help activate the resveratrol market. In the past three years, the products added with resveratrol have actually increased. More and more customers believe that if they develop antioxidant products, resveratrol is one of the key ingredients that needs attention. As more and more scientific studies confirm, resveratrol will no longer be used as an independent ingredient in the formula, but is gradually becoming an essential ingredient.