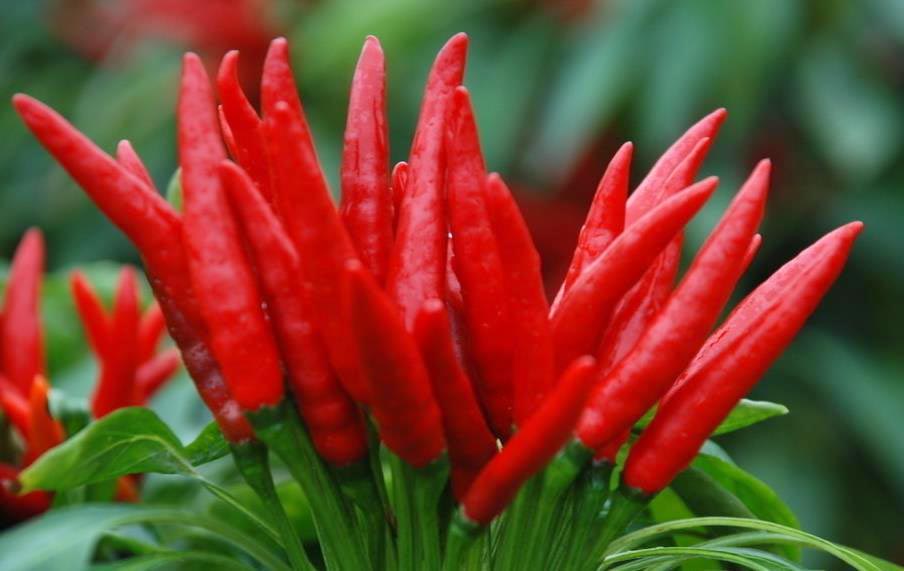 A recent study published in the Journal of Obesity shows that capsaicin, a pepper extract, can promote metabolism and has a potential weight management effect. With the increase of age, the problem of losing weight is becoming more and more difficult, mainly because the speed of metabolism in the human body slows down. Capsaicin is an active complex found in peppers such as genus Capsicum. Earlier studies have confirmed that capsaicin has anti-inflammatory, anti-oxidant and anti-cancer effects. The new study provides potential applications for anti-obesity. The capsaicin used in the study is OmniActive's patented Capsimax.

As we all know, pepper is a spicy and stimulating substance, which is difficult for most people to accept, and also causes the body to produce heat, in order to ensure that most people can adapt to this taste. Capsimax Capsaicin uses a patented technology to cover the active substance while accurately releasing it in the intestines without causing other discomfort in the body.

In a placebo-controlled, crossover, open-label trial, 40 healthy subjects received 100 mg of Capsimax (containing 2 mg capsaicin) or an equivalent amount of placebo daily. The researchers tested the resting energy expenditure, heart rate, blood pressure, etc. of the subjects to assess whether capsaicin affects the body's metabolism. The study was conducted from May to September 2016. Resting energy consumption refers to the energy consumed by the human body at rest, which accounts for about 60% of the daily calories burned, so the increase in resting energy consumption contributes to the rapid burning of fat. The researchers used a mobile indirect energy meter called Breezing to measure the resting energy expenditure of the subject.

Prior to each test, the subject's resting state was determined, and then resting energy expenditure was recorded while the subject's weight, height, and fat rate were also recorded. The researchers then asked the subjects to wear a chest strap tracker to detect different physiological parameters such as heart rate. The study was single-blind in both trials, with at least a 2-day washout period, and the subject's metabolic rate was measured at 1, 2, and 3 hours, and the entire test period lasted approximately 3.5 hours.

The results of the study showed that low doses of Capsimax capsaicin increased the metabolic rate, which is equivalent to about 116 calories per day. In addition, there is a human difference in resting energy expenditure, but the study found that the increase in metabolism will lose about 1 pound of fat in 30 days, and the heart rate of the two groups is not much different.

It is understood that a number of studies have confirmed the safety of Capsimax capsaicin, which can increase lipid breakdown and satiety, and improve health components. This time, the new study provides new markets for the application of this product, such as weight management and sports nutrition. Aging is inevitable, but weight management is controllable.