In recent years, the topic of hypoglycemia has been receiving continuous attention, and more and more health-conscious consumers have chosen products that are considered healthy to limit their intake of sugar components. But the debate about the impact of high-intensity sweeteners on health has never stopped.

The Hypoglycemic Trend Is Obvious

The latest nutritional survey found that about two-thirds of consumers in Europe said that they are deliberately reducing sugar intake in their lives. This phenomenon indicates that sugar has replaced the "diet evil" that fat occupied 20 years ago. "The status.

Some experts believe that high-sugar foods are closely related to the non-communicable diseases, obesity and type 2 diabetes, which are sweeping the West. According to statistics, the food and beverages on the market in Europe have the largest number of products with "low sugar" or "no added sugar" labels. Fruit juice drinks, snacks and confectionery account for the largest proportion. This phenomenon also reflects the approval of people in the industry. Various methods focus on the development of products with reduced refined sugar, but at the same time, they are also maximizing the taste and taste that consumers like.

This sugar reduction action also seems to be supported by regulatory agencies. For example, in the United Kingdom and Ireland, a sugar tax will be imposed on soft drinks in 2018. The Department of Public Health England has also set a goal that by 2020, the sugar intake of the food industry will be reduced by 20% from the baseline level set in 2015. However, Meleni Aldridge, executive coordinator of the Alliance for Natural Health, believes that adding sweeteners to food formulations is actually "part of the obesity problem", not a solution.

0-calorie drinks are not good for weight loss

Artificial flavors such as aspartame, acesulfame K, and sucralose are high in sweetness and low in calories, but are they really good for weight loss? There is still controversy in the scientific community (mainly for long-term consumption).

Studies have shown that long-term intake of artificial sweeteners may increase your risk of getting fat. Glucose is a reference to the sensory area of the hypothalamus and it will tell you when you are full. Glucose is not as sweet as sucrose or fructose, and its sweetness factor (a measure of relative sweetness) is 0.7, compared with 1.0 for sucrose and 1.2 for fructose. Dietary carbohydrates (such as glucose and fructose) produce the same energy; each 1 gram of energy is about 4 kcal.

Throughout the evolutionary process, the brain has become accustomed to the fact that the sweeter the food, the more calories it may produce. Therefore, the brain is adapted to "expect" more calories from sweets. Non-nutritive sweeteners on the market today (such as saccharin, aspartame, stevia, sorbitol and xylitol, etc.) all contain a lot of sweetness, but no calories. This creates a situation where the brain actually expects and will never be full, thus creating a desire to eat. Simply put, after you drink a low-calorie, high-sweetness beverage, it may make you feel hungrier, have a better appetite and eat more, thereby gaining weight. 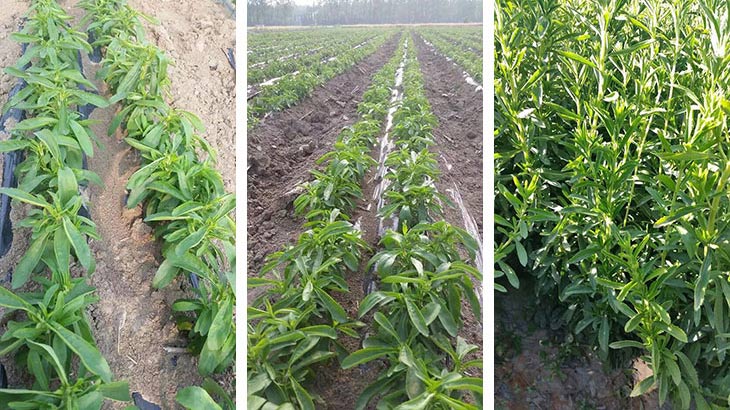 Tate&Lyle: "The Evidence Is Insufficient To Support This Recommendation"

This conclusion was rejected by ingredient supplier Tate & Lyle, perhaps this result is not surprising. The company provides a series of formulation solutions for customers in the food industry. Tate & Lyle’s research shows that high-intensity or low-calorie sweeteners will not increase hunger, nor will it cause the desire to eat more sweets, and therefore will not cause weight gain.

In addition, the company believes that the properties of low-calorie sweeteners are also important for diabetic patients, especially high-intensity sweeteners have no effect on blood sugar and insulin levels, which means it can help those who are diagnosed with or are at risk of type 2 diabetes Of people avoid dangerous blood sugar spikes without having to give up sweets altogether.

Nutrition experts believe that health organizations around the world support the use of sweeteners instead of sugar to treat type 2 diabetes. Re-formulating foods to reduce sugar content will play an important role in responding to the growing public health challenges related to diabetes and obesity.

Nutritionist Simon Steenson of the British Nutrition Foundation also believes that low-calorie or non-calorie sweeteners can control weight and prevent tooth decay. He said that replacing sugary foods and beverages with low/no-calorie sweeteners may help reduce overall caloric intake and help control weight, especially for those who prefer sweet foods. But there is no single panacea that can solve the obesity problem. There are many reasons for obesity, and the use of sweeteners alone cannot solve the obesity crisis.

One thing to note is that using low-calorie or no-calorie sweeteners is only part of achieving a healthier and more balanced diet. Reducing other high-calorie, high-fat foods, such as potato chips or fried foods, and paying attention to the amount of food you eat, can also help us avoid excessive intake of calories. When it comes to maintaining a healthy weight, staying active can also help control weight, as well as bring other health benefits.

Experts' Open Debate About Sweeteners May Cause Confusion Among Consumers.

But most of this mixed information stems from the fact that science itself is still inconclusive. There is no accurate research result that can confirm the final result of this controversy. On the one hand, the safety of low-calorie and no-calorie sweeteners has been clearly confirmed. On the other hand, although the current "insufficient evidence", there is some evidence that they may be related to obesity.

Dr. Simon Steenson believes that consumption of low/no-calorie sweeteners is related to negative health effects, such as weight gain and type 2 diabetes. Although there is currently no evidence of these effects, confounding factors may complicate the situation. For example, those who are already overweight are more likely to choose sugar-free beverages rather than sugar-free beverages that actually cause weight gain. Therefore, more research and experiments are needed for this controversial topic to analyze the relationship between them. This requires a detailed and long process.