The dried powdered plant parts when used are homogenized and material with a solvent such as alcohol which is a general solvent for many plant constituents and such may give problem in subsequent elimination of pigments, resins etc. water immiscible solvent. Such as light petroleum is used for extraction of fixed and essential oils. Steroids and aglycons - Chloroform and ether are used for separation of alkaloids and quinines. The water soluble compounds such as tannins and glycosides. Extraction may be performed by repeated maceration with agitation, percolation by continuous extraction using soxhlet extraction. 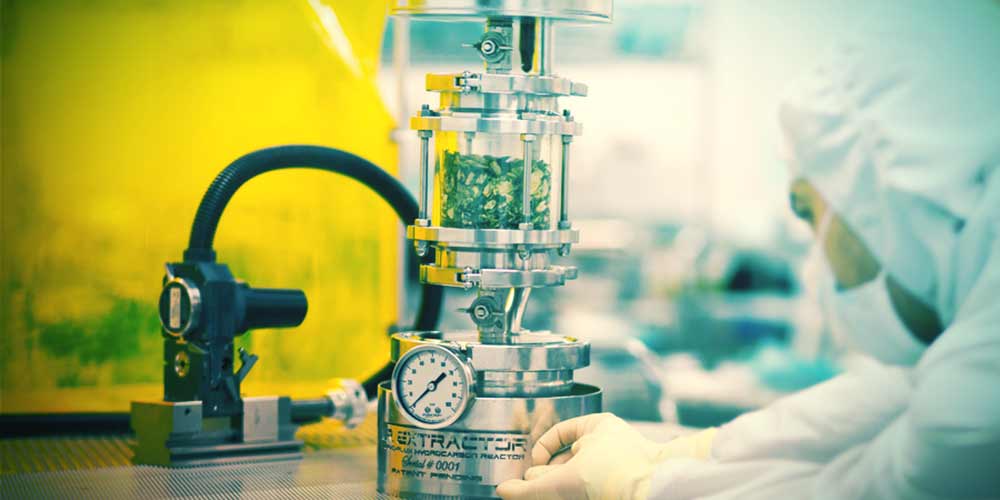 It is one of the traditional isolations and still suitable for the resolutions of often otherwise intractable mixtures. The method exploits the differences in solubility of components of a mixture in particular solvent. Frequently derivatives of particular constituents are employed (Picrates of alkaloids, osazones of sugars).

Of the various methods of, separation and isolation plant constituents the chromatographic procedure originated by Tswett is one of the most useful techniques of general application.

Charcoal for the decolourization and clarifications of solutions is well known. Colored impurities are adsorbed by the charcoal and a colorless solution results on filtration. The phenomenon of selective adsorption is the fundamental principle of chromatography. The general process of which may be described with reference to one of Tswetts original experiments.

A light petroleum extract of green leaves is allowed ot percolate slowly through a column of powdered calcium carbonate contained in a vertical glass tube. The pigmented contents of the solution are adsorbed on the substance of the column and undergo separation as percolation proceeds. The more strongly adsorbed pigments xanthophylls and chlorophylls accumulate in distinct characteristically coloured bands near the top of columns while the less strongly adsorbed pigments accumulate lower down. Frequently complete separation of all the constituents into distinct bands does not result during the first adsorption stage. But the bands remain crowded together near the top of column.

Such a column may be developed by allowing more of the pure solvent to percolate through the menstrum when the adsorbed materials slowly pass downwards and the separate bands become wider apart. In many cases the process may be rendered more efficient by the use of a different solvent, one from which the substance is less strongly adsorbed. Light petroleum containing a little alcohol is percolated through the chromatogram obtained in the experiment described above.

The bands become wider apart and pass down the column more rapidly than when pure light petroleum is used. (Containing a light alcohol is percolated through the chromatogram obtained in experimental described above. The bands become wider apart when Light petroleum is used. As percolation continues the lower bands reach the bottom of the column and disappear. The pigment is then obtained in the solution leaving the bottom of column. This process of desorption is termed elution and the solution obtained is the elute.

Substances are more rapidly adsorbed from nonpolar solvent such as light petroleum and benzene while polar solvents alcohol, water and pyridine for e.g. are useful eluting media. May substances are adsorbed at one pH and eluted at another. Various substances may be used as adsorbing materials. Alumia is the most common and other materials include kaolin, MgO, CaCO3, Charcoal and sugar. Powdered sucrose was used by Tswett for separation of chlorophylls a and b.

When colourless substances are chromatographed the zones of adsorbed material are not visible to the eye although they may in some cases rendered apparent as florescent zones. When the column is examined under UV light. Thus it becomes necessary to divide the chromatogram into discrete portions and elute on extract with each portion separately. Sometimes it is more with convenient to collect he elute from the whole column in fractions for individual examination.

The apparatus required is simple and consists essentially of a vertical glass tube into which the adsorbent has been packed, a small plug of glass wool or a sintered glass disc, at the base of tube supports column, with volatile developing solvents it is usual preferable 2 use a positive pressure at the head of column.Adsorption chromatography has proved particularly valuable in isolation and purification of vitamins, hormones. Many alkaloids such as cardiac glycosides, anthraquinones etc. T.L.C with adsorbents such as alumina is used.

This is a liquid-liquid extraction process and the principles involved are similar to those of droplet counter current chromatography and partition chromatography. A lower stationary phase is combined in a series of tubes and an upper moving immiscible liquids being shaken and allowed to separate between each transference. The mixture to be fractionated placed in the first tube containing the immiscible liquids and the apparatus is agitated and the layers are allowed to separate. The compounds of the mixture will be distributed between the two layers according to their partition co efficient.

The upper phase is moved along to the second tube containing lower phase and more moving phases brought into contact with the lower phase of tube 1. Shaking and transference again takes place and continues along a sufficient number of tubes to give fractionation of the mixture if a mixture of unit quantities of 3 substances A, B, and C, whose partition co-efficient between two immiscible liquids are 0.111, 1.0 and 9.0 respectively, is subjected to counter-current extraction then the distributes for the first two transfers and first three mixings are as shown in fig-13.1 in this example a small number of transfers would suffice to five a good separation of the three compounds.

If the buffer solutions are used as the stationary phase this exploits differences in ionization constants of various solutes in some instances the effectiveness of the separation can be improved by using a series of buffer solutions of acids and alkalis also find some application as lower phases.

The larger machines have tubes of varying capacity commonly consists of 100 units and are fully automatic. A development of extractor is the steady state distribution machine.

The mixture to be fractionated is fed continuously into the center of the train of column and according to the solvents the solutes may move in either direction. This machine allows the concentration of minor components from a mixture and the continuous fractionation of mixtures.

High speed counter current chromatography (C.C.C) (planel oil centrifuges) this is a method where by a spool wound with PTFE tubing is rotated at about 800r.p.m. in a planetary motion around a central axis in such a system heavier and lighter immiscible solvents will move in different directions and it can be arranged so that one phase remains stationary and the other passes through the column from a pumped slowly. Coils of tubing with an internal diameter of 1.6-2.6mm and volumes of 300-380ml. have been used to good effect. Mixtures of the endoperoxides arteminirin and artemistine not Seperatable partition chromatography or fractional crystallization have been efficiently separated by this method as have crude tannins and a commercial extract of Ginko biloba.

Droplet counter current chromatography:- This is technique first described by Tanimura and colleagues in 1970. is an extension of counter-current extraction and to achieve fractionation utilizes the passage of droplets of mobile phase through an immiscible liquid. Stationary phase held in to marrow bore columns.

In practice some 200-600 internally silanized glass columns (1.5-2.0mm internal dia) (20-60cm long) one connected in series by capillary Teflon tubes. The system is filled with stationary phase and discrete droplets of a lighter mobile phase are pumped into the bottom and of the first column and are then transported and introduced into the bottom of the next column via the capillary tubing. After the sample has been inserted the process continues by the flow of more mobile solvent. The droplets which emerge from the end of the apparatus is run in the opposite direction with the mobile phase being introduced again droplet wise at the head of each column.

Conditions that must be fulfilled for the satisfactory operations of the process include the retention of discrete droplets during their passage through the columns and the non movement of the stationary phase into the capillaries critical after this is the internal bore of the columns and the correct choice of solvent systems.

Some of those commonly used in counter current extraction are trouble some. Satisfactory ones include CHCl3/methanol/water and CH2Cl2/methanol/water.

Factors that give DCCC an advantage over other specific techniques are quantities of mixture to be fractionated from 1 mg to 4g. can be accommodated there. Therefore no solid support and no loss of solute by adsorption. The quantities of solvent used are minimal compared with other preparative methods.