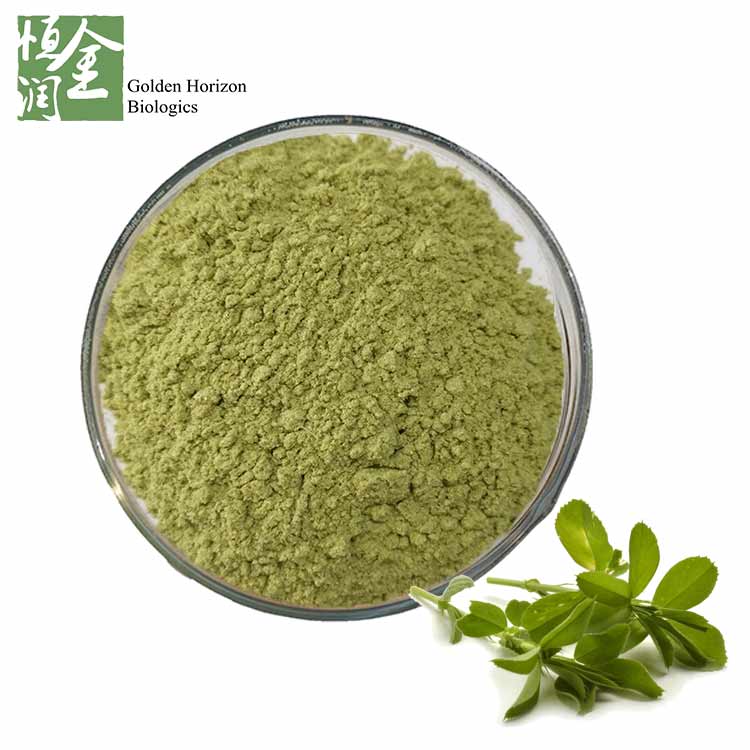 Alfalfa, Medicago sativa, also called lucerne, is a perennial flowering plant in the pea family Fabaceae cultivated as an important forage crop in many countries around the world. The Spanish-Arabic (according to wiktionary and the DRAE) name alfalfa is widely used, particularly in North America and Australia. But in the UK, South Africa and New Zealand, the more commonly used name is lucerne. It superficially resembles clover, with clusters of small purple flowers followed by fruits spiralled in 2 to 3 turns containing 10-20 seeds. Alfalfa is native to a warmer temperate climate such as that of Iran (where it is thought to have originated). It has been cultivated as livestock fodder since at least the era of the ancient Greeks and Romans

What Are the Benefits of Alfalfa Powder?

Although you may have heard of alfalfa -- Medicago sativa -- you may know it as a farm crop used mostly as animal feed. A member of the legume family of plants, alfalfa is also dried and ground to produce a powdered supplement that's been part of herbal medicine for hundreds of years. It contains some important vitamins and minerals, as well as several natural compounds with potentially significant health benefits.

Although alfalfa isn't considered a high-energy food, with only about 8 calories in 1 cup of fresh alfalfa sprouts, its nutrients are mostly in the form of protein, like other legumes. Alfalfa also contains significant amounts of several important minerals and vitamins. These include calcium and iron, with 1 tablespoon of powder providing 10 percent and 19 percent of the recommended amount of these minerals, respectively. Calcium is vital for strong bones and teeth, and iron is essential for production of red blood cells and to support many cellular processes

Dietary fiber and compounds called saponins in alfalfa may slow cholesterol uptake into your blood, according to experts at Memorial Sloan-Kettering Cancer Center. Laboratory research on alfalfa suggests that consuming it regularly might also reduce the buildup of fatty deposits called plaque in arteries, possibly lowering your risk of atherosclerosis and heart disease. For example, a study published in the "Pakistani Journal of Pharmaceutical Science" in 2008 found that laboratory animals fed a high-cholesterol diet, along with alfalfa, had slightly lower total cholesterol levels, higher levels of high-density lipoprotein, or "good" cholesterol, and fewer fatty deposits in their arteries after 12 weeks, compared to a control group. These promising findings still need confirmation in trials with human subjects.

Compounds in alfalfa also have anti-inflammatory properties, according to Memorial Sloan-Kettering, possibly making them useful in conditions that involve inflammation, such as asthma and arthritis. Alfalfa contains several natural chemicals called flavonoids, including one called biochanin-A, that may block some of the steps involved in inflammation, at least in laboratory experiments. A paper published in "European Journal of Pharmacology" in 2011 found that biochanin-A blocked production of inflammatory chemicals by cultured immune cells called macrophages, while another study published in "Lupus" in 2009 found that alfalfa extract suppressed inflammation in laboratory animals with lupus, an autoimmune disease. These are promising but preliminary findings that still need confirmation in studies on humans.

Drink 1-2 times every day, once 3-5g, add or subtract consumption according to the individual needing.

Pouring 150ml cold water or milk into the cup.

Tighten the cup, shake to even.

Then pouring it into glass and drink, if put a few ice cubes, The feeling in the mouth is better.

Alfalfa powder is available at health food stores, either as compressed tablets or in capsules. Although supplements are considered generally safe, you should only purchase them from reputable suppliers that guarantee the product is free of contaminants. Alfalfa should not be used during pregnancy because it could stimulate uterine contractions and should also be avoided during breast-feeding. It may interact with some medications, including diuretics, diabetes drugs, anti-inflammatory medications and hormones, and it should not be used by anyone who has a clotting disorder or gout. Discuss alfalfa supplements with your doctor to decide if they're appropriate for you.