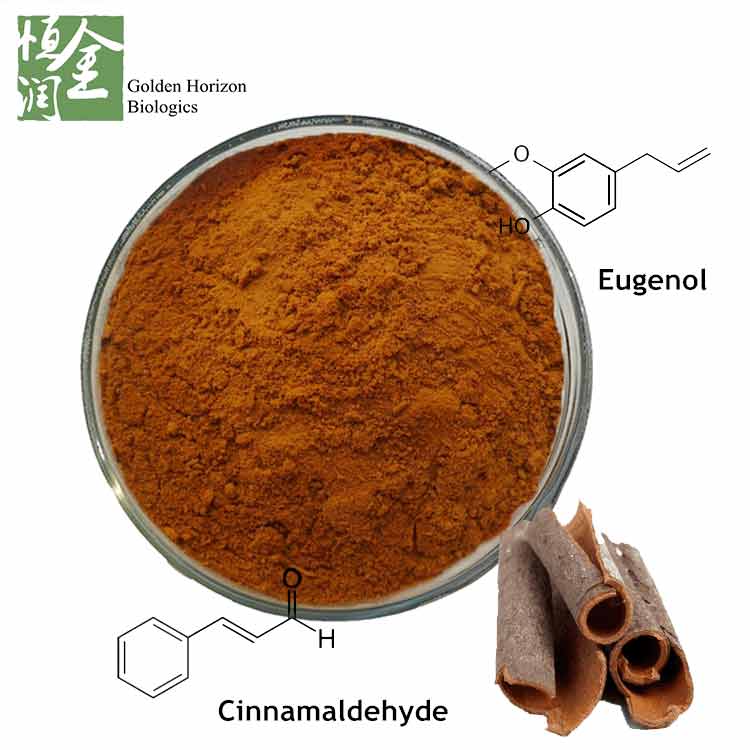 Cinnamon is a spice obtained from the inner bark of several trees from the genus Cinnamomum. It has

been used throughout history, and across most cultures, as a culinary spice as a food remedy to maintain

healthy blood sugar balance. Cinnamaldehyde, one of the main constituents of cinnamon extract, is

believed to have potent antioxidant properties, protecting cells from oxidative damage, and is used to

healthy insulin and blood glucose levels and improve circculation. Other lab studies have found that cinnamon

may reduce inflammation and have antibacterial effects.

in the digestive system, making it a valuable digestive aid.
3. Cinnamon cinnulin extract has effect on fevers and colds, coughs and bronchitis, infection and wound healing,

properties that help to prevent infection by killing decay-causing bacteria, fungi, and viruses.

the immunity of human body;
3.Applied in pharmaceutical field, to be added into capsule to reduce blood sugar.