You are here: Home » News » General Knowledge » Fun with Fungi

The colour of the hot tea is light golden brown. It gives off a mushroom smell and the taste is slightly bitter. It's a herbal drink of lacquered mushroom (Ganoderma lucidum), also known as lingzhi in Chinese and reishi or mannentake in Japanese.

In Thailand, the mushroom is known by its Chinese name. Lingzhi was firstly farmed in Thailand on the grounds of Chitralada Palace in Bangkok in 1988, according to Nattaya Balee, chief of product management of The Royal Chitralada Project.

There are more than 100 varieties of lingzhi and they can be roughly categorised by colour, including black, purple, green or blue, white, yellow and red. The Royal Project farms red lingzhi because it has been recognised for more than 2,000 years as promoting health and longevity. 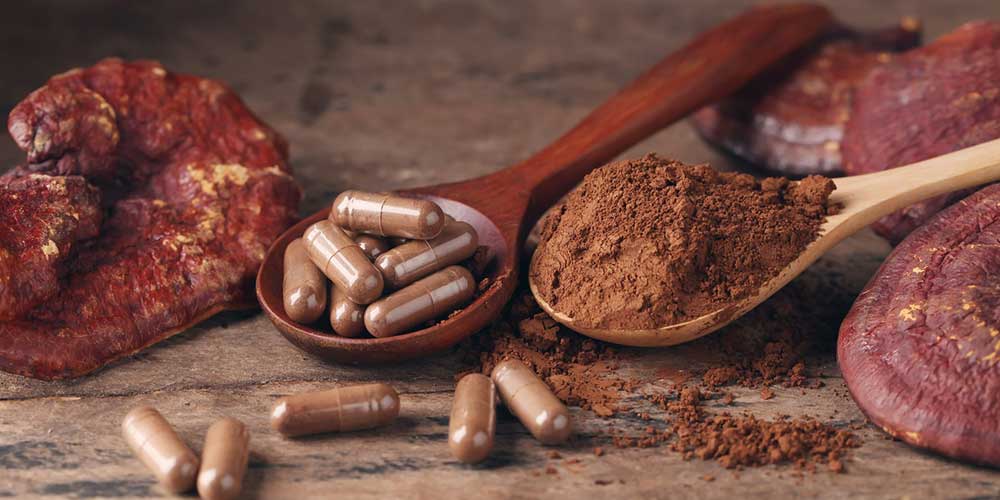 The mushroom is reddish brown and has a woody texture. Its surface looks lacquered. It is also hard to chew so people boil it and drink the tea. Lingzhi is considered a high-class herb. It was once reserved for royalty in China.

The mushroom contains many chemical components, including triterpene for treating allergies, hypertension and reducing cholesterol, ganoderans for reducing blood sugar levels, ganosterone for improving liver function and polysaccharide for assisting the immune system, as well as being anti-ageing and protecting against cancer.

Aiming to promote the herbal mushroom and to help increase the income for those who are interested in farming the mushroom, the Royal Project welcomes visitors to visit the mushroom farm along with other agricultural farms and products at Chitralada Palace.