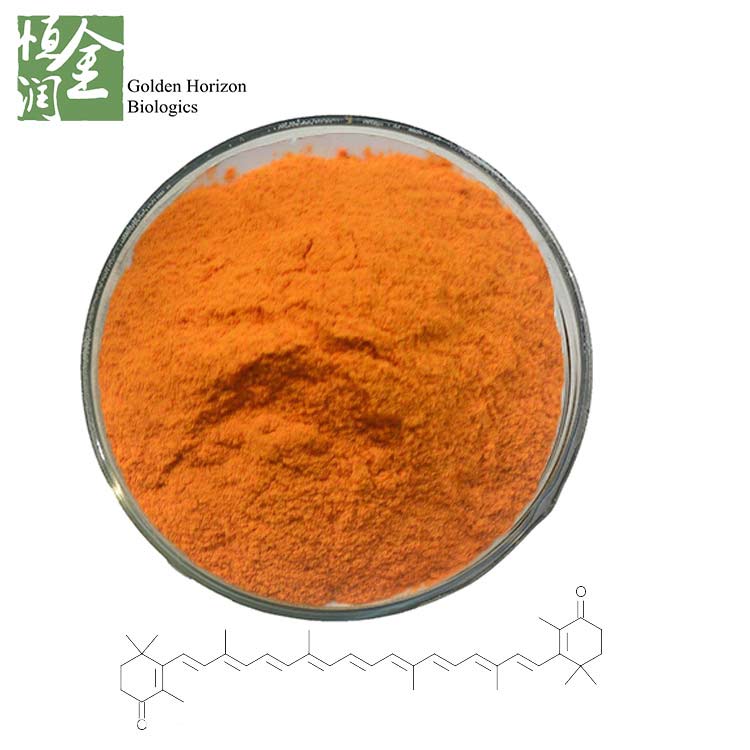 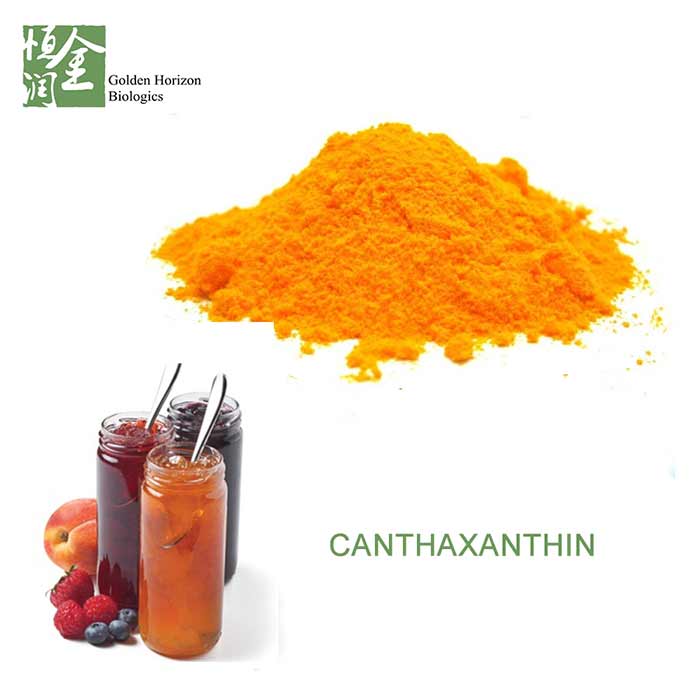 Canthaxanthin is a keto-carotenoid pigment widely distributed in nature. Carotenoids belong to a larger class of phytochemicals known as terpenoids. The chemical formula of canthaxanthin is C40H52O2.

Extensively used in commercial food products like ketchup, Ocean Spray cranberry juice, etc. 30mg per 16 ounces of food or liquid ingested is the suggested dosage.Research does show that carotenoid supplements are not as well absorbed when taken alone on an empty stomach.

1.Canthaxanthin powder is used to reduce sensitivity to sunlight (photosensitivity)

2. In foods, canthaxanthin powder is used as food coloring and is added to animal feed to improve the color of chicken skins, egg yolks, salmon, and trout.

3.In manufacturing, canthaxanthin powder is used in cosmetics and in medications.

1. used for chicken, fish feed and it can be used to dye the yolk, chicken and fish.

2. Applied in the food field, it has become a new raw material which used in food and beverage industry;

3. used to meat, frinks, jelly, candy and milchings. It also can be used in Effervescent Tablets.