Numerous studies have confirmed that hypertension, dyslipidemia, diabetes, obesity, smoking, lack of physical activity and unhealthy eating habits are the main and changeable risk factors for cardiovascular disease, and reasonable diet and correct lifestyle are cardiovascular prevention and control. The most effective way, while natural functional ingredients and ingredients are used in daily diets has gradually been recognized by the scientific community and the public. What are the natural plant ingredients that help human cardiovascular health?

Cardiovascular disease (CVD), the world's number one "top killer", has the characteristics of high morbidity, high morbidity, and high mortality. It is the main cause of rising mortality in various countries including China. With the advent of aging and unreasonable living structures, chronic diseases, led by cardiovascular diseases, have become a public health problem that threatens the world. Cardiovascular disease refers to ischemic or hemorrhagic diseases of the heart, brain and systemic tissues caused by hyperlipidemia, blood viscosity, atherosclerosis, high blood pressure, etc. It has been reported that cardiovascular problems occur worldwide every year. The number of deaths was 17.7 million, accounting for 31% of the total number of deaths. Although cardiovascular disease has been controlled and prevented to some extent in recent years, the number is still rising, and is expected to reach 23.3 million in 2030.

Flavonoids and Their Derivatives

Baicalein: It is present in Astragalus and has the effects of reducing cerebral vascular resistance, improving cerebral blood circulation, increasing cerebral blood flow and anti-platelet aggregation. Clinically used for the treatment of sputum after cerebrovascular disease. 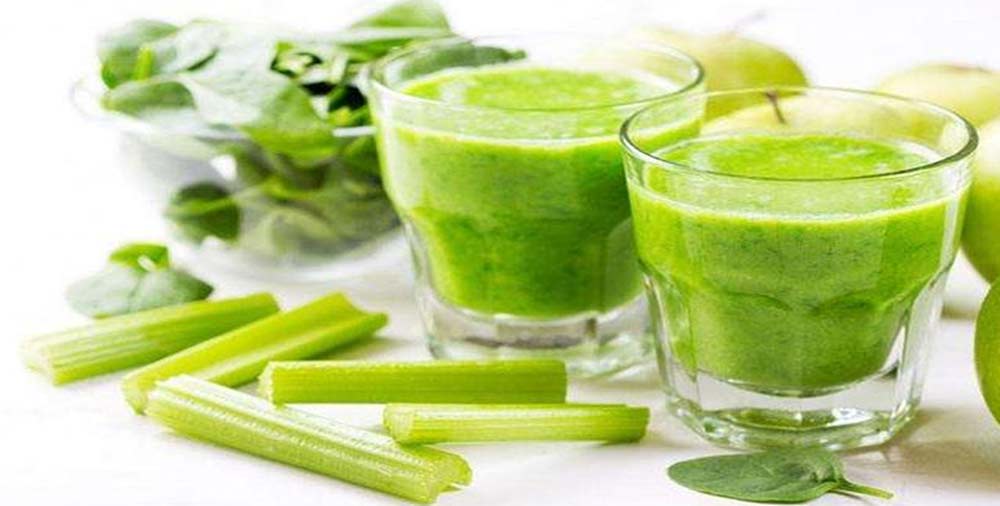 Apigenin: distributed in vegetables and fruits in warm tropics, with high content in celery. It is also high in some medicinal plants such as psyllium and sclerotium. Natural antioxidants have the effects of calming, calming the nerves, lowering blood pressure and relaxing blood vessels, preventing atherosclerosis, and inhibiting tumors.

Quercetin: Studies have confirmed that quercetin has a significant inhibitory effect on platelet aggregation induced by ADP, thrombin and platelet activating factor (PAF), and also has the effect of adjuvant treatment of hypertension and coronary heart disease. Its derivative, quercetin oxyacetate lysine, has been clinically proven to be useful in the treatment of atherosclerosis and hemorrhagic diseases.

Myricetin: It has an antagonistic effect on platelet activating factor and has anti-thrombotic, anti-ischemic and microcirculation effects. Natural antioxidants help eliminate free radicals in the body and also lower blood cholesterol and lower blood sugar. It has been widely used in the food, health care, cosmetics and pharmaceutical industries.

Kaempferol: a physiochemical antioxidant that inhibits and delays the oxidative stress response to various diseases that cause atherosclerosis, neurodegenerative diseases, diabetes, cancer, inflammation, etc. It is a natural antioxidant. In addition, it also has the effects of relieving cough, asthma, and antibacterial, and its application prospects should not be underestimated.

Hesperetin / hesperidin: a flavanones, a large number of studies have found that hesperidin and hesperetin in anti-oxidation, anti-inflammatory, anti-myocardial remodeling, blood lipid regulation, anti-atherosclerosis, anti-myocardial ischemia It has good effects in cardiovascular protection such as anti-thrombosis, blood pressure lowering and anti-arrhythmia. It is a good protective agent for the heart.

Catechin: It is a flavanol, rich in tea, especially in green tea. It is widely recognized for its anti-oxidation, anti-aging, and prevention of oral diseases. In recent years, catechin has also been found to have broad application value in cardiovascular diseases. Studies have shown that it is beneficial to lower blood cholesterol and low density lipoprotein (LDL), while increasing the concentration of high density lipoprotein (HDL). Vasoconstriction and relaxation also have a certain regulatory effect, thereby inhibiting blood pressure and maintaining cardiovascular health. 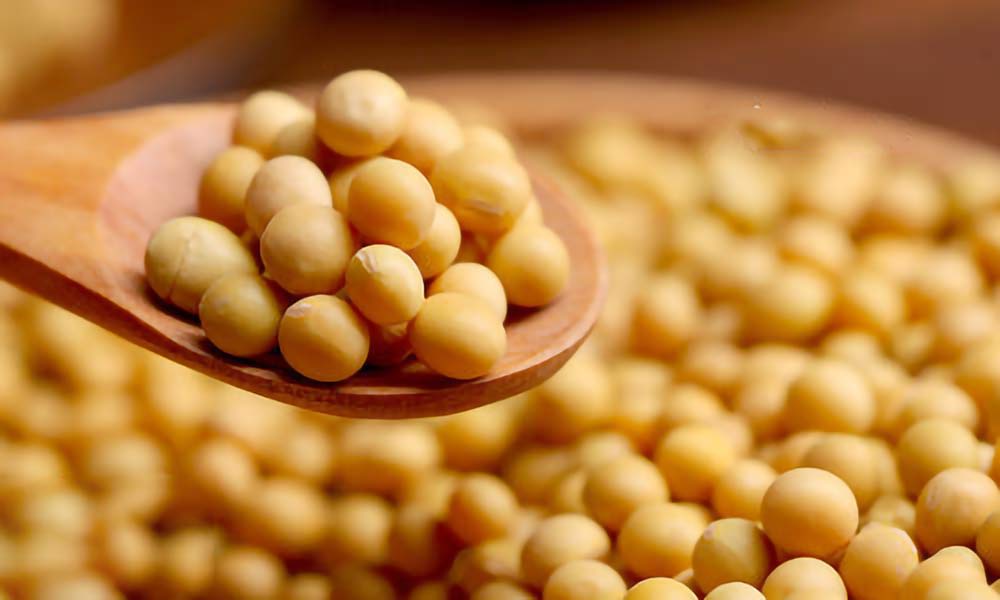 Soy isoflavones, also known as phytoestrogens, regulate the secretion of estrogen, delay women's menopause, delay aging and receive high attention in the fields of medicine and food. In addition to being beneficial to women's health, estrogen has also been shown to be associated with heart disease and blood lipids. Soy isoflavones are natural antioxidants that increase the antioxidant capacity of low-density lipoproteins in serum and inhibit the formation of atherosclerotic plaques in blood vessels, thereby preventing atherosclerosis. At the same time, it can help to expand the elasticity of the blood vessels, increase the compliance of the blood vessels, and keep the blood vessels of the heart intact.

Genistein: It is derived from the horns and gorse. It has the effects of inducing cell death and inhibiting angiogenesis. It is a promising chronic disease prevention nemesis. A recent study showed that genistein has a protective effect on brain damage in mice, or is related to the anti-oxidation of genistein and the regulation of PI3K/Akt pathway.

Lutein: Lutein is one of the natural carotenoids. It is a recognized eye-protecting star. It is the main pigment and component of the macula of the retina. It can alleviate vision loss caused by body aging and protect the eyes. Because of its strong antioxidant capacity, it can resist the damage of free radicals to the cells and organs of the body, effectively reduce the thickening trend of the arterial wall, and prevent cardiovascular cirrhosis and coronary heart disease caused by aging.

Astaxanthin: is a carotenoid found in marine organisms and is known as the fourth generation of natural antioxidants. Natural astaxanthin has anti-inflammatory, anti-oxidant and immune-enhancing effects. In recent years, as a result of the role of astaxanthin in anti-aging and hypolipidemic, scientific clinical experiments have shown that it has low-density lipoprotein lowering and high-density lipoprotein levels to prevent arteriosclerosis and ischemic brain damage. In addition, studies have shown that astaxanthin can reduce the ratio of coronary artery wall/cavity and reduce the increase of aortic elastin, which has the effect of lowering blood pressure.

Lycopene: Known as “plant gold”, research has confirmed that it has strong antioxidant properties, and its antioxidant capacity is about 100 times that of vitamin E. It is known as “the new favorite of health products in the 21st century”. Lycopene has obvious effects not only in anti-aging, anti-cancer, and enhancing human immunity. In the prevention of cardiovascular diseases, lycopene helps prevent high cholesterol and hyperlipidemia. Some studies have called oral natural lycopene. Lowering serum cholesterol to below 5.2mmol/L is beneficial to slow the development of cardiovascular disease.

Curcumin: Extracted from the family of Zingiberaceae, it has become a "competitive general" because of its anti-oxidation, anti-inflammatory, anti-cancer, lipid-lowering, prevention of atherosclerosis and cardiovascular health. Studies have shown that curcumin can promote the metabolism of low-density lipoproteins in the liver and adrenal glands, increase the discharge of the substance by the gallbladder, and inhibit the absorption of the spleen, thereby reducing the risk of atherosclerosis.

Coenzyme Q10: is a fat-soluble steroid compound, which is one of the essential elements of human life activities. A large number of studies have confirmed that Coenzyme Q10 can effectively improve heart failure symptoms, improve heart function and reduce mortality, and help reduce blood pressure. And prevention of arteriosclerosis, etc. Coenzyme Q10 has been used as a dietary supplement and additive in Europe and the United States 20 years ago. It started relatively late in China and has attracted attention in the clinical and food fields in recent years.

Allicin: As the name suggests, allicin is derived from garlic. It is an organic sulfur compound and is widely loved by the public for its antibacterial and antiseptic effects. In addition to these biological activities, allicin also has the effect of lowering plasma cholesterol, inhibiting platelet activity, lowering blood viscosity and blood pressure. Studies have shown that taking allicin helps to promote blood circulation, reduce peripheral vascular tone, inhibit cholesterol and fibrinogen levels, so it can be used to prevent coronary heart disease, coronary spasm and inhibit the occurrence of atherosclerosis and thrombosis. .