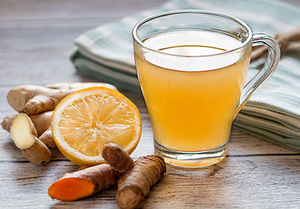 Ginger Extract - A Gold Nugget for Functional Food and Beverage
When the weather is cold, many people, especially women, feel cold all over, especially their hands and feet, which greatly affects work efficiency and quality of life. This condition is called "Yang Deficiency" in Chinese medicine, or "cold syndrome". Girls with thin body and cold body are most lik
Read More>>

1. St. John's wort: Most pharmacists are familiar with this herbal supplement and its (unapproved) use for depression. Some may not be aware that it can be a component in “detox” supplements and may be used by some to self-treat alcohol dependence. There have been some scientific studies investigating the use of St. John’s wort to treat alcohol addiction in rat models that showed some promise. The use of St. John’s wort reduced alcohol intake in rats, but there’s scant evidence that St. John’s wort can have a similar impact in human subjects.2,3 Currently, the known risks of taking St. John’s wort far outweigh any potential clinical benefit.

2. Ashwagandha: This herbal supplement is used in traditional Ayurvedic medicine and has been used by some to overcome alcohol withdrawal or cravings. Many claim that it has anxiolytic effects that helps prevent alcohol cravings. Rat studies showed that Ashwagandha lowered anxiety associated with alcohol withdrawal, but its impact on seizure threshold hasn’t been thoroughly established.4,5 There’s currently no convincing evidence in human subjects that supports its use in treating alcohol dependency.

3. Kudzu: Kudzu is often advertised as a way for drinkers to cut back on alcohol. It’;s thought to act as an “aversion” agent, inhibiting the clearance of acetaldehyde (a toxic metabolic byproduct of alcohol), which may decrease alcohol cravings. This is similar to how the approved drug Antabuse (disulfiram) works in the body.6 Modest reductions in alcohol intake were noted in a single study of young human subjects taking kudzu extract. 7 Other studies didn’t mirror these results in humans subjects. 8 Kudzu hasn’t yet shown a clear benefit to drinkers trying to reduce alcohol consumption.

As with many other OTC herbal supplements, there’s little convincing evidence that the aforementioned supplements are clinically effective treatments of alcohol dependency. There have been some scientific studies conducted, but a majority involve animal models and show modest findings that rarely translate into conclusive human trials. The primary danger of these supplements in those with alcohol dependency is not necessarily knowing the drug+drug interaction potential or side effects. The real danger may be the possible delay in seeking professional help for the dependence. If asked about herbal treatments for a drinking problem, it is advisable to recommend speaking with a professional rather than self-treatment with over-the-counter supplements.