You are here: Home » News » General Knowledge » How To Wear A "Green Hat" for Coca-Cola?

How To Wear A "Green Hat" for Coca-Cola?

Coke is definitely one of the greatest inventions in the history of human beverages. Coke has been around for 127 years now, and you can drink Coke in every corner of the globe and even in North Korea. According to statistics, the world has to drink 1.7 billion cups of cola every day. I don’t know how many laps around the world. Coke is also popular in the world, because its ingredients contain a lot of sugar and calories, and the health effects caused by it often cause People's criticism.

However, how much impact Coke will have on the body every day, there is no intuitive comparison. Coke contains too much sugar and calories.Therfore,too much intake will affect the health of the body.The United States George (George Prior) decided to do an experiment, he drinks 10 cans of Coke a day, insist on 30 days, see how the body will change, the final The result surprised everyone.

In the one-month experiment, he only drank 10 cans of Coke after daily diet, his lifestyle was unchanged, and recorded daily weight, body fat percentage, blood pressure and other data.

George said that except for the weight change in the past few days, the weight change is the most obvious. In the 15 days, he gained 13 pounds. During the drinking of Coke, he seems to have a very strong desire to drink Coke. He is also very eager for other sugar drinks. He was Crazy and addicted. 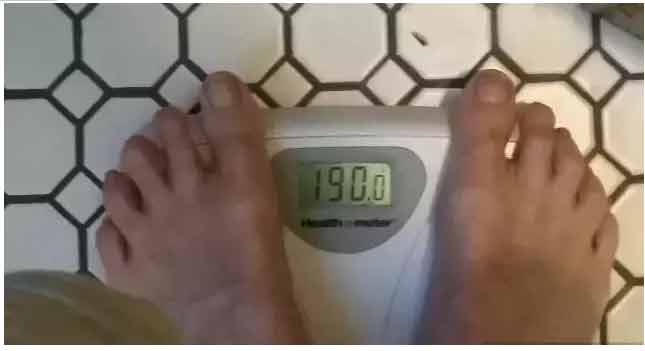 George's weight continued to increase, eventually reaching 190 pounds (about 86 kilograms). His body fat percentage has also changed from 9.4% to 16%. Blood pressure increased from 129/77 to 145/96. Far above the ideal level of 120/80, the risk of heart disease and stroke is significantly increased. 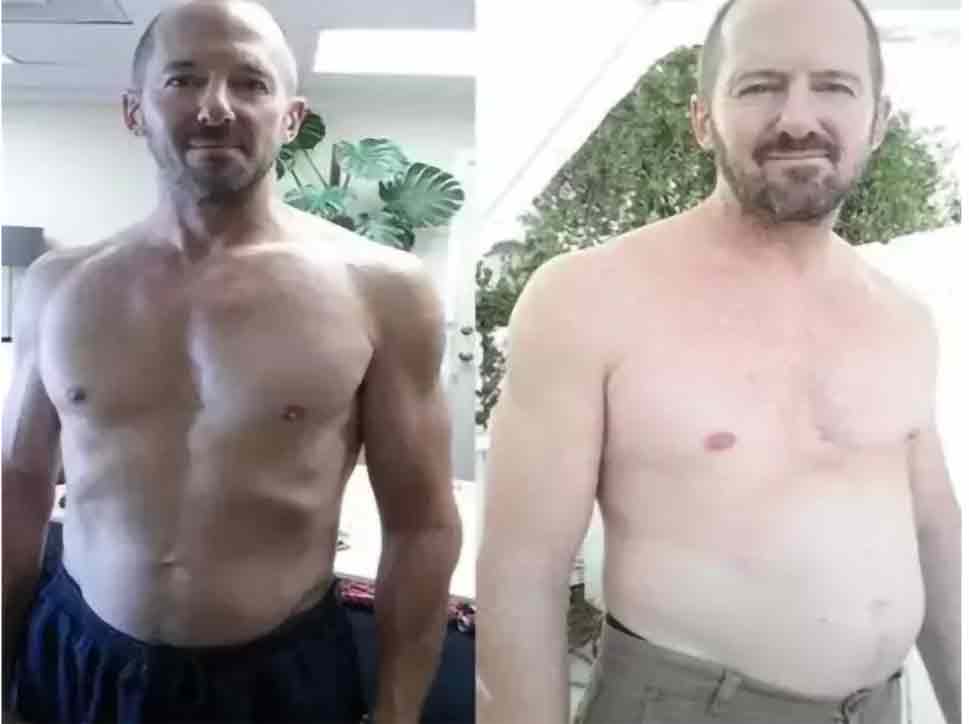 In 30 days, he had a total of 900 cans of cola. The uncle who was originally a tall man took only one month to make his body become a middle-aged grumpy man. Seeing such a bloody contrast picture, you Does it feel that this mad Coke experiment is terrible?

So Coke opened the green road. 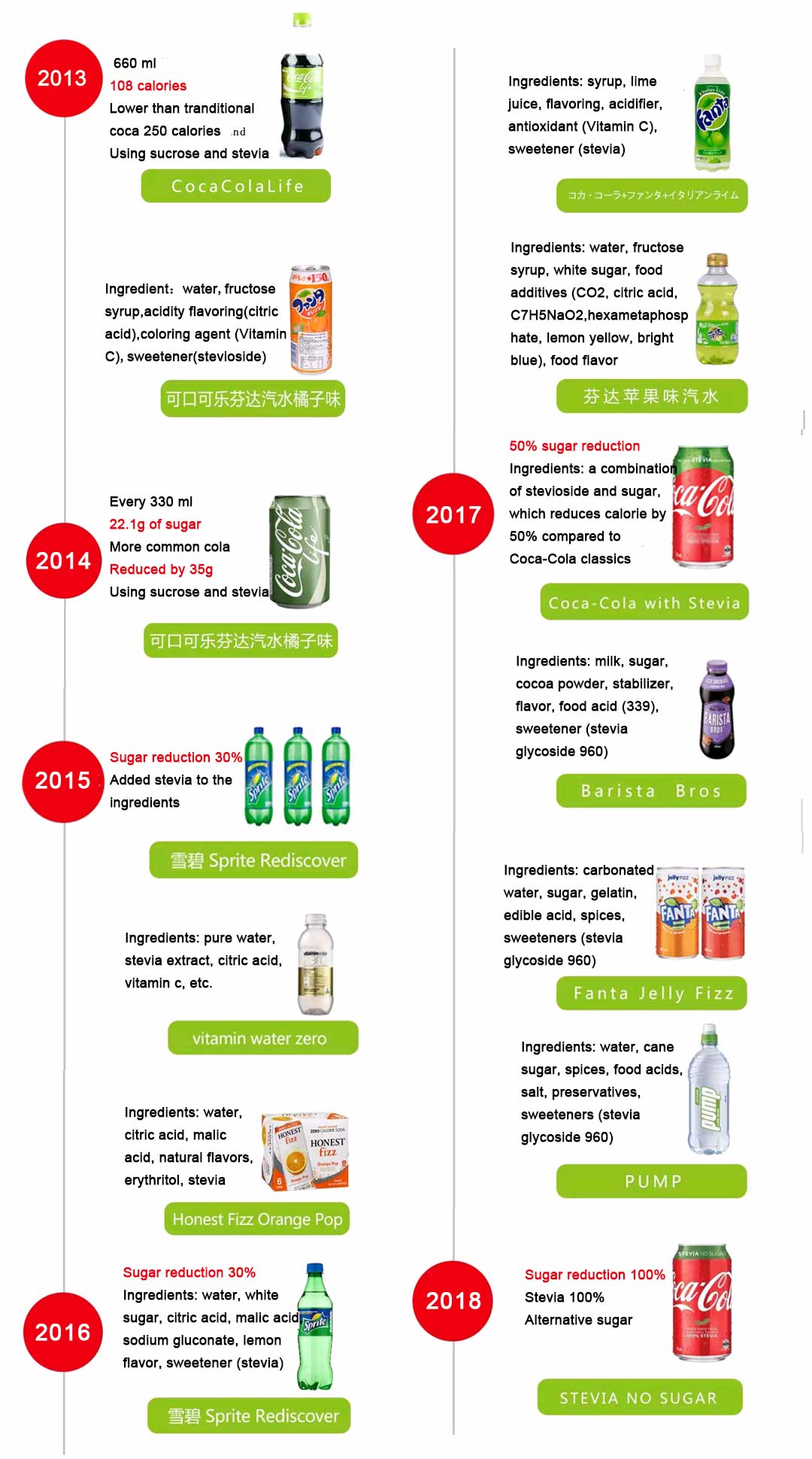 Let's popularize this "Green Hat" for everyone.

"Stevia" is extracted from natural stevia, and has the characteristics of no sugar, zero card, no sugar, etc., making it popular among consumers at home and abroad. Before 2000, due to the limitation of the development level of industrial industry, it has been in a tepid state; after 2008, with the continuous improvement of domestic purification technology, it began to separate the A glycoside, which is very close to the sucrose，which has attracted the attention of the world's leading food giants. They began to actively invest in research and development; In 2016, after the production company successfully separated the D-glycosides and M-glycosides with almost the same taste as sucrose, the stevia industry chain finally started the high-speed explosive growth of 30% per year; after 2018, 2018 , many domestic stevia companies, led by Haotian Pharmaceutical, launched the fourth-generation glucosyl stevioside, which has become popular in various foods and beverages as a flavor and fragrance.

In addition, in the prevention of diabetes, studies have shown that stevioside helps reduce postprandial blood glucose and insulin levels compared to sucrose, and because stevioside is a low-calorie sweetener, it can also help diabetics control calories— - intake of carbohydrates and sugar. Therefore, "stevia is not only suitable for healthy people, it is more suitable for diabetics," a study of 144 diabetic patients for 16 weeks showed that stevioside is well tolerated, glycosylated hemoglobin, fasting blood glucose, and There is no adverse effect on insulin.

In addition, in the prevention of diabetes, stevioside helps reduce postprandial blood glucose and insulin levels compared to sucrose, and because stevioside is a low-calorie sweetener, it can also help diabetics control calories – carbohydrates and sugar. Ingestion. Therefore, "stevia is not only suitable for healthy people, but also more suitable for diabetics." A 16-week study involving 144 people with diabetes showed that stevioside was well tolerated and had no adverse effects on glycated hemoglobin, fasting blood glucose, and insulin.

As a plant without calories to replace sugar, stevia is a perfect, unprecedented experience for the consumers who are looking for a natural, non-caloric, sugar-reducing sugar for their healthy lifestyle balance and weight management program. Stevia - create a new era of human health sugar!