Among all fungi with anti-cancer effects, the most striking is the white birch (Russian called Chaga).Chaga is a medicinal fungus born on birch trees. It can be found growing on birch trees throughout the colder regions of the Northern Hemisphere, most notably Russia Siberia, Far East, Northern Europe, Hokkaido, North Korea, Heilongjiang in northern China, Changbai Mountain in Jilin, etc. This fungus is extremely active and will continuously absorb the nutrients of the birch. After about 10 to 15 years, the essence of the birch tree will be absorbed and the birch will die.

Chaga's health benefits have been used for centuries by eastern cultures and native Americans. More recently, Chaga extract is being discovered in western cultures after years of scientific studies into it's medicinal benefits.Clinical trials from Russia and Japan have confirmed that Chaga can significantly improve the body's immunity, inhibit the proliferation and metastasis of tumor cells, and effectively prevent cancerous patients with gastriculcer.

The most effective component of Chaga is confirmed to have antitumor activity in polysaccharides, whether water-soluble polysaccharides or water-insoluble polysaccharides. The most important active ingredient is β-D-glucan.It has a very high SOD activity, which helps to remove the "active oxygen" free radicals that cause cancer in adults and prevent peroxidation.Studies have shown that by comparing the SOD activities of several fungi, it is found that the SOD contained in Chaga is 55 times that of Ganoderma Lucidum, 23 times of Agaricus blazei, and 31 times of Grifola frondosa. Otherwise,Chaga extract also contains phytosterols (mostlyinotodiol and lanosterol) plus an extremely large level of melanin.The polysaccharides and triterpenoids contained in chaga can effectively activate the immune system and inhibit the proliferation of the virus. The latest research confirms that Chaga also has a special physiologically active substance that can inhibit the reproduction and reproduction of the virus, so its anti-virus has a broad spectrum. It has a defensive effect on the pandemic. 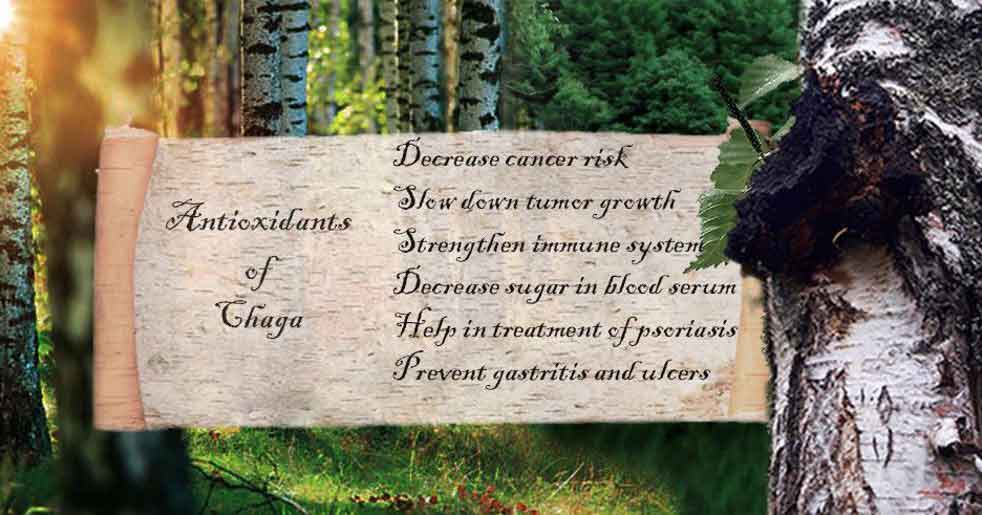 If you want to learn more about natural extracts, green tea extract, tongkat ali extract, etc., you can visit our website.