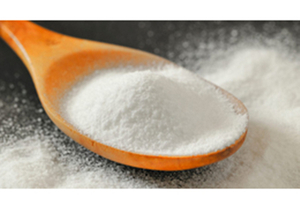 Mediterranean plants can do more than just enhance your beauty. Researcher believe that these plants can help battle neurodegenerative diseases such as Alzheimer's and Parkinson's disease.

According to the findings of researchers from the University of Malta and the Centre National de la Recherche Scientifique, the prickly pear and brown seaweed- two Mediterranean plants- can fight off incurable neurodegenerative diseases.

The amassing of toxic, sticky protein clumps is a clear biomarker to identifyneurodegenerative diseases. The accumulation of protein clumps can destruct the nervous system, mobility and also lead to memory loss over a period of time.

Dr. Neville Vassallo, M.D., Ph.D., co-author of the study and professor of molecular physiology at the University of Malta School of Medicine and Surgery, said: "We have long been screening plants scattered across the Mediterranean for small molecules that interfere with the build-up of toxic protein aggregates."

"The robust effects of chemicals derived from the prickly pear and brown seaweed confirm that our search has certainly not been in vain," Vassallo said further.

The researchers conducted experiments on brewer's yeast brimming with beta-amyloid clumps, a characteristic of Alzheimer's, to find out the effect of these plant extracts on such clumps.

A significant improvement was observed in the yeast's health after it was exposed to the extracts. The researchers then extended the experiment to genetically modified fruit flies presenting symptoms of Alzheimer's.

The lifespan of sick fruit flies increased by two days after they were regularly treated with seaweed extract and the life span increased by four days when the prickly pear extract was put to use. A single day in the life of the fruit fly is tantamount to a year in humans.

An improvement of 18 percent was observed in the mobility of the fruit fly after the treatment.

The treatment also prolonged the lifespan of the flies whose brains were overloaded with alpha-synuclein- a gummy protein which indicates Parkinson's disease.

The extracts of these Mediterranean plants were found to hamper the production of both beta-amyloid and alpha-synuclein proteins that cause neurodegenerative diseases. The toxicity of these protein clumps also depleted.

"We believe that the discovery of bioactive agents that target pathways that are hit by multiple neurodegenerative conditions is the most viable approach in our current fight against brain disorders," stated the lead author of this study, Ruben J. Cauchi, Ph.D., a faculty member at the Centre for Molecular Medicine and Biobanking of the University of Malta

Cauchi said in a statement. "A clear advantage of the drugs used in this study is that, in view of their excellent safety profile, they are already on the market as nutraceuticals and cosmeceuticals."

The researchers have now joined hands with the Institute of Cellular Pharmacology, the company which extracts the molecules from the plants, to push the research further.