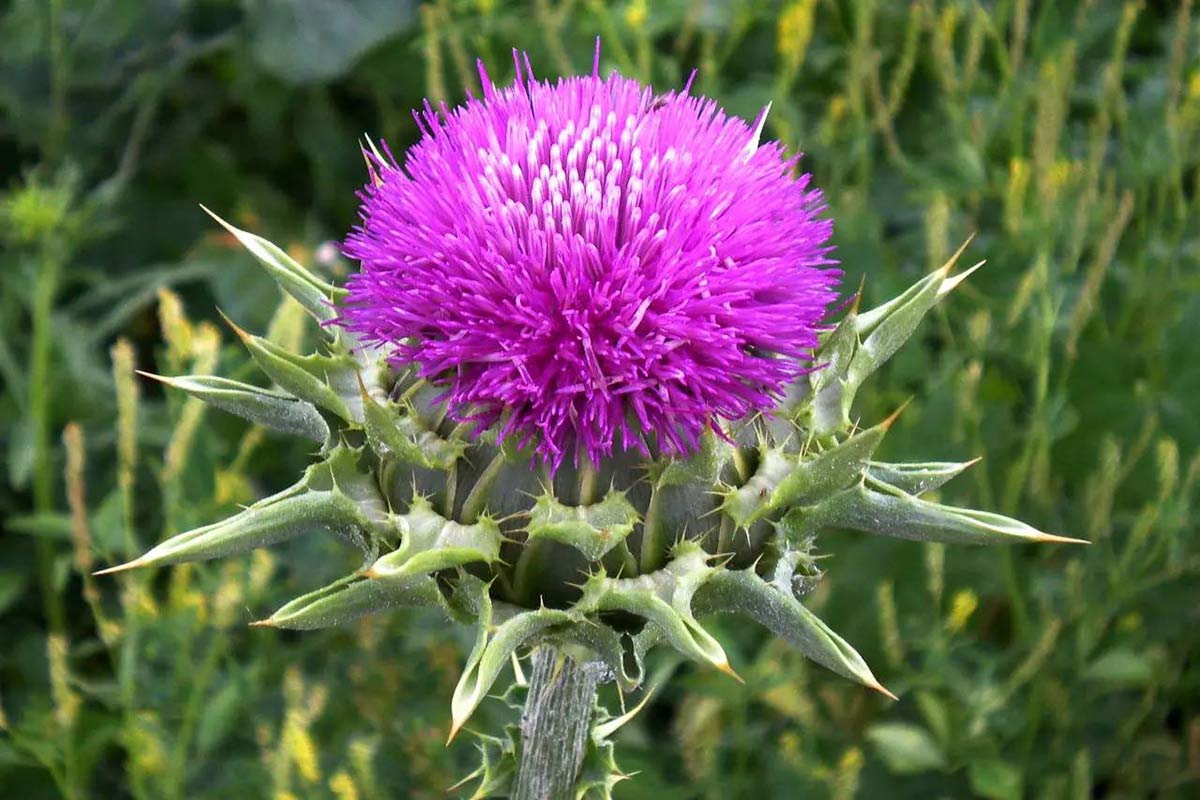 Silymarin is a widely used herbal remedy. Archaeological evidence documents its first known use in ancient Egypt. An extract of milk thistle, it contains the antioxidant silybin and several other substances that have biologic effects. Its most widespread use is in hepatic disorders, especially those that are chronic.

The journal Molecules recently published a number of articles discussing milk thistle supplementation. A review from researchers located at the Second University of Naples, Naples Italy summarizes its numerous uses, and calls attention to its benefits.

The authors indicated that silymarin, which is an anti-inflammatory antioxidant and pro-apoptotic, works in a "functional triad." It appears to shut down pro-inflammatory signals. In this way, it reduces circulating cytokines including tumor necrosis factor-α, interleukin-6, and granulocyte-macrophage colony stimulating factor. Silymarin also modulates estrogen signaling, can be an insulin sensitizer, and has some antidiabetic properties.

Additionally, it may affect intracellular transport of drugs and has known interactions with indinavir and simeprivir.

In cancer, it appears to induce apoptosis and stop unfettered replication of tumor cells to a certain degree. It has also been studied in a wide range of diseases including hypercholesterolemia, neurologic diseases including Parkinson's, and rheumatoid arthritis.

As noted above, its most frequent use is in diseases of the liver. Viral hepatitis is perhaps the most important of these. Little evidence supports its clinical use in hepatitis B, but studies in hepatitis C (HCV) indicate that it may have some utility, although newer antivirals that eradicate HCV infection are now preferred. However, some study indicates that silymarin when given intravenously may inhibit viral replication.

One area where silymarin has potential is in alcoholic liver disease. Excessive ethanol consumption causes chronic liver damage that sometimes leads to hepatic fibrosis and elevates risk of cancer. The main cause of alcoholic liver damage is alteration of the liver’s oxidoreductive potential when aldehyde dehydrogenase reduces mitochondrial capacity to metabolize lipids. Silymarin promotes optimal mitochondrial metabolic processing and reduces monoamine oxidase activity. Its use, in combination with alcohol abstinence, may improve the liver's metabolic processes.

Silymarin has been used in nonalcoholic fatty liver disease, and some studies indicate that it can improve intrahepatic lipid accumulation. Controlled clinical trials are needed to validate this claim.

Finally, in cirrhosis and hepatocellular carcinoma, inflammation is the key concern. Some evidence shows that silymarin interferes with the fibrotic process. Here too, silymarin works at the mitochondrial level. Pharmacists should note that once fibrosis progresses, it is irreversible.