Milk thistle, a natural herb that has antioxidant and anti-inflammatory properties, is commonly used to detoxify the body, especially the liver. Milk thistle (which has the scientific name Silybum marianum) is a weed that grows mostly in California (although it can be grown in many parts of the world with a warm climate) that’s commonly turned into extract or supplement form in order to reap its cell regenerating milk thistle benefits.

As an herb that’s considered a “hepatic, galactogogue, demulcent and cholagogue,” milk thistle is able to promote healthy digestive function by helping with enzyme formation, increasing bile production, decreasing inflammation and soothing the mucous membranes throughout the body. 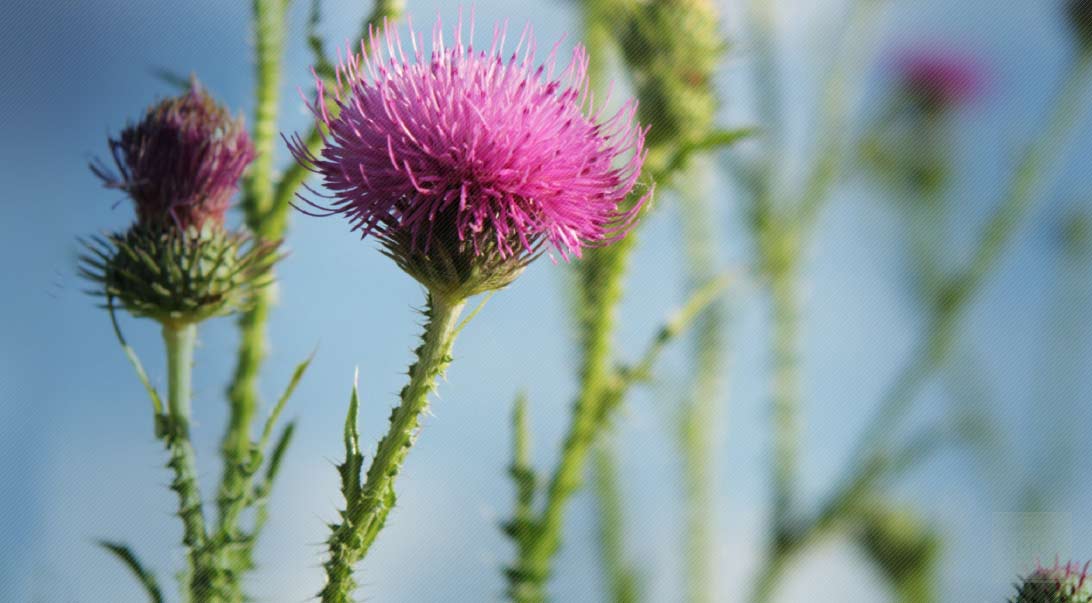 As a liver support and liver aid, milk thistle is a powerful detoxifier. It helps rebuild liver cells while removing toxins from the body that are processed through the liver. Milk thistle is effective at naturally reversing the harmful effects of alcohol consumption, pesticides in our food supply, heavy metals in our water supply, pollution in the air that we breathe in and even poisons!

The liver is actually our largest internal organ and is responsible for performing a number of essential detoxifying functions. The condition of our blood throughout our whole body is mostly reliant on the health of our liver. As a “blood purifier” the liver needs to actively clean the blood each and every day in order to support nearly every system within our body.

The liver helps remove harmful substances from our blood, aids in hormone production, detoxifies the body, releases glucose into the bloodstream in order to give our body steady energy and releases bile into our small intestine so fat can be absorbed from foods. You can see why poor liver function can create so many problems!

Milk thistle has been approved as a therapeutic treatment for various liver diseases, including fatty liver syndrome, damage from alcoholism, jaundice, psoriasis, hepatitis and others.

Milk thistle seeds are a high source of the antioxidant flavonoid called silymarin. Silymarin is associated with decreasing the risk for cancer development by boosting the immune system, fighting DNA damage and reversing cancerous tumor growth.

In 2007, after reviewing numerous studies involving milk thistle therapeutic treatments, researchers at the University of Minnesota found that:

“There is strong preclinical evidence for silymarin’s hepatoprotective and anticarcinogenic effects, including inhibition of cancer cell growth in human prostate, skin, breast, and cervical cells.”

About 50 percent to 70 percent of the silymarin molecules present within milk thistle are the type called silybin. This antioxidant stimulates protein synthesis and changes the outside layer of healthy cells, keeping them protected from damage and mutation. It inhibits toxins from dwelling in the body; helps with cell renewal; and counteracts the harmful effects of pollutants, chemicals and heavy metals that can cause “free radical damage.”

Silymarin acts as a cancer protector because it’s ‘a toxin blockade agent’ and inhibits binding of toxins to the cell membrane receptors, according to researchers at the University Magna Graecia Department of Experimental and Clinical Medicine.

The U.S. National Library of Medicine considers milk thistle to be a powerful anti-inflammatory, stopping inflammation, which is one of the main causes of heart disease. Milk thistle benefits heart health and helps lower high cholesterol levels by lowering inflammation, cleaning the blood and preventing oxidative stress damage within the arteries.

4. May Help Control or Prevent Diabetes

According to National Institute of Health, there’s some compelling research showing that taking silymarin, the main chemical found in milk thistle, along with conventional treatments can help control symptoms of diabetes by helping with glycemic control. The valuable effect of antioxidants found in milk thistle has been reported in experimental and clinical studies to help decrease blood sugar levels in insulin-resistant patients.

One 2006 study conducted by the Department of Pharmacology at the Institute of Medicinal Plants found that when diabetic patients were given silymarin extract over four weeks, their fasting blood glucose and insulin levels improved significantly compared to patients receiving a placebo.

This is likely true because the liver is partly responsible for regulating hormones, including the release of insulin into the bloodstream. Insulin is responsible for managing blood glucose (sugar) levels in the blood, which is especially important for those with diabetes. 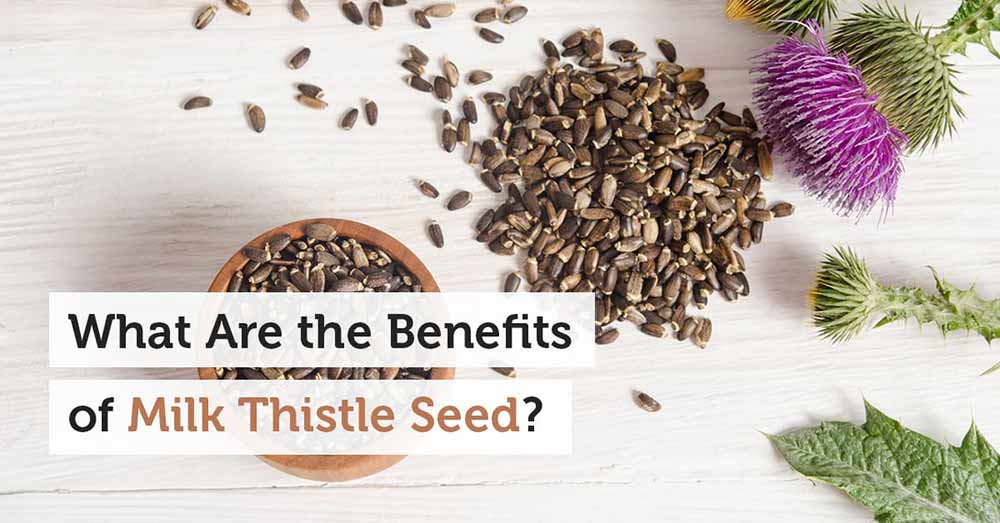 The liver is a major digestive organ, helping process nutrients and toxins that enter our body through foods, water and air. Because the liver and other digestive organs — like the gallbladder, pancreas, intestines and kidneys — work closely together to improve liver health so much, milk thistle is also able to help prevent gallstones and kidney stones.

Milk thistle benefits help support the endocrine and gastrointestinal systems by aiding in the production of bile and enzymes, on top of helping clean the blood. Milk thistle can help purify the body of metabolic waste, thereby regulating the function of the gallbladder, in addition to the kidneys and spleen.

Show that phytochemicals, like those found in silymarin of milk thistle, are effective at inhibiting UV light-induced oxidative stress on the skin. Milk thistle is considered to be a potent inhibitor of UV-induced oxidative stress that can cause skin diseases like skin cancer. Research also suggests that applying silymarin found in milk thistle to the skin reduces skin damage caused by radiation treatment in patients who have had treatments for cancer.

In 2008, when researchers from the Department of Dermatology at the University of Alabama Birmingham compared the effects of strong UV light exposure on the skin of mice, mice who received milk thistle extract showed much less damage on the skin than the mice who did not receive milk thistle.

Because milk thistle’s antioxidants help prevent free radical damage throughout the body and remove pollutants and waste from the blood and digestive tract, it can actually slow the aging process. This is true on both the surface of your skin and also within your organs.

Milk thistle benefits can also reduce your risk for some of the most common and serious disorders that develop in adults as they age, including heart disease, cancer, diabetes, kidney and liver damage, aged skin, and vision-related problems.

Milk thistle’s protective qualities of the skin make it great for reducing visible signs of aging, so consuming milk thistle can be an easy way to prevent skin cancer and skin damage, such as dark spots, wrinkles, lines and discoloration. The same antioxidant properties make it useful for maintaining the health of your eyes, joints and muscles.