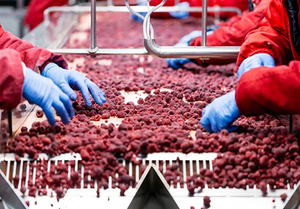 Nigerian researchers have found that water-based extract of bitter leaf (Vernonia amygdalina) could be used as adjuvant in the management of people living with Human Immuno-deficiency Virus (HIV)/Acquired Immune Deficiency Syndrome (AIDS).

The study published in Asian Pacific Journal of Tropical Biomedicine concluded: “The aqueous extract of Vernonia amygdalina (bitter leaf) and immunace or both have the immunological effect on HIV-infected patients. Therefore, we suggest that the V. amygdalina extract or immunace or both could be used as adjuvant in the management of HIV/AIDS clients.”

The result of the study showed that the mean absolute CD4 count (a marker of the immune system) was increased in the client who took the extract or supplement. And the clients who took both the extract and supplement had a greater increase in the CD4 count. The increased CD4 was significant as compared with the control group. The skin rashes were also improved in the entire groups.

Also, the World Health Organisation (WHO) and the Food and Agricultural Organisation (FAO) have endorsed some herbs and spices that have shown promise in treating the opportunistic infections associated with the viral infections without side effects.

Also, Nigerian researchers led by a professor of pharmacognosy at the University of Nigeria Nsukka (UNN), Chief Executive Officer of Bioresources Development Group (BDG), and former Chairman of the Independent Election Commission (INEC), Prof. Maurice Iwu, have validated local foods such as bitter kola, coconut oil, bitter leaf, Moringa oleifera, Sour sop, the mushroom Garnoderma lucidum, among others as immune boosters and for the treatment of HIV.

Also, another group of researchers have in clinical trials demonstrated how poly herbal preparations made predominantly with bitter leaf provide cure for chronic form of hepatitis B and C co-infection, cancer, type 2 diabetes, tuberculosis and HIV. The researchers from Halamin Herbal centre, 10 George Innih Crescent, Apo District, Abuja and Department of Histopathology and Cytology, Jos University Teaching Hospital (JUTH) Jos found that poly herbal preparations with bitter leaf as the active ingredient strengthen the immune system through many cytokines and chemokines regulations.

The poly herbal preparations include: SAAAB and HAABS dietary supplement for hepatitis B and C, and HIV; SAABFAT 7 for cancer and HIV; TABSAABS for tuberculosis and HIV; and DAABS-2 for type two diabetes.

The researchers led by a leading researcher in plant extracts and natural medicine and pharmacist, Dr. Ben Amodu, have shown that there is a cure for the chronic form of hepatitis B and C. Amodu and his team of researchers have in recent clinical trials shown that the poly herbal preparations could be used to treat prostrate cancer and “bad” cholesterol.

Result of laboratory tests by Image Scan Diagnostic Centre Maitama District, Abuja, showed that a patient with abnormal Prostate-specific antigen, or PSA per milliliter (ng/mL) of blood of 6.9; was reduced to reduced to PSA of 0.41ng/ml of two months of regular use of the poly herbal preparation as well as reduced the total cholesterol level from 250 mg/dl to 156 mg/dl.

A 2016 paper by Joã o s . Teodoro et al, on “Mitochondria as a Target for Safety and Toxicity Evaluation of Nutraceuticals”, noted that the multiple pharmacological activities of kolaviron from Garcinia kola (bitter kola) could be due to its ability to prevent and/or repair mitochondria damage.

Another study published on journal Phytomedicine has validated the treatment of oral thrush in HIV/AIDS patients with lemon juice (Citrus limon) and lemon grass (Cymbopogon citratus) and gentian violet.

The researchers noted: “Though the patient population was small, the use of lemon juice and lemon grass for the treatment of oral candidiasis in an HIV population was validated by the randomised controlled trial. Indeed, researchers have validated anti-HIV properties of Garnoderma lucidum. The study published in the journal Phytochemistry is titled “Anti-HIV-1 and Anti-HIV-1-Protease Substances from Ganoderma lucidum.”

The researchers noted: “Moringa oleifera (Moringaceae) is one of the many medicinal plants employed by herbalist to treat or manage people living with HIV/AIDS (PLWHA) in African Traditional Medicine (ATM) and there are many claims to the fact that it improves quality of life and reverses the course of the HIV/AIDS disease progression.

“In this study, M. oleifera leaf extracts showed potent and selective inhibition of early steps in HIV-1 infectivity and could serve as source of anti retroviral lead molecules. The outcome of this investigation could partly explain the benefits and improvement in quality of life claimed by PLWHA in the use of this medicinal plant as supplement."