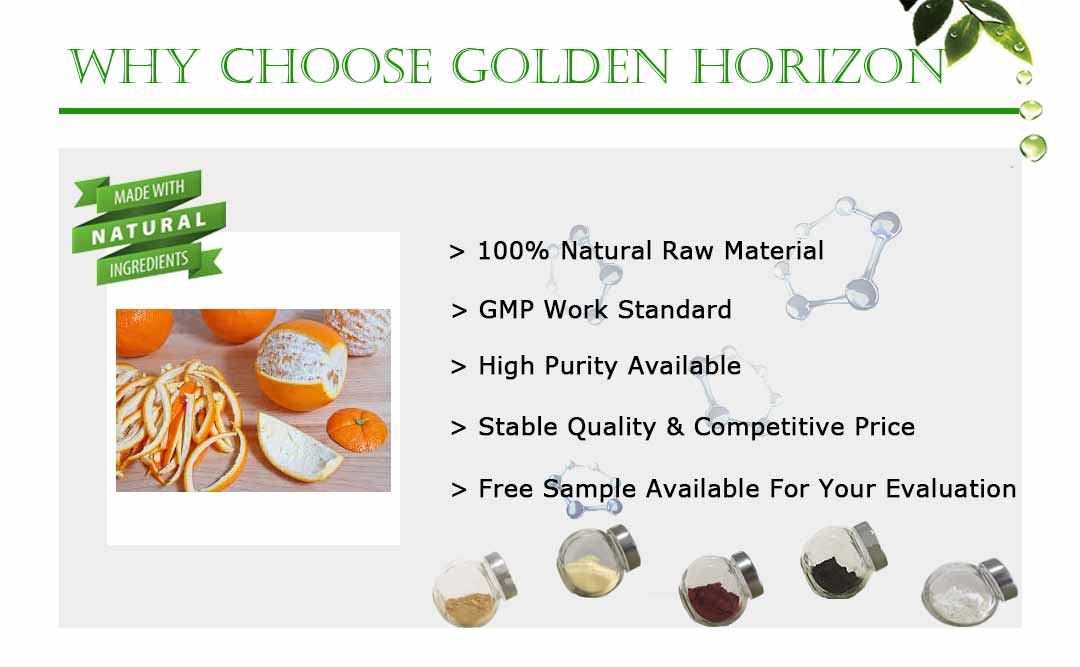 Nobiletin is a citrus flavonoids with a structure similar to that of . It has the typical flavonoid structure and contains 6 methoxyl groups, one more than tangeretin. This high level of methoxylation increases the hydrophobic character of tangeretin. Pure nobiletin has the appearance of colorless needles and has a bitter taste.

Nobiletin seems to be a very noble phytochemical with many potential health benefits. The most studied properties of nobiletin are its anti-inflammatory and anti-cancer activities. Nobiletin also helps to lower cholesterol levels and some studies indicate that it may improve impaired memory loss and treat acne.

Nobiletin acts directly as an antioxidant but also interferes with biological inflammatory processes. It inhibits the expression of genes involved in inflammation by blocking the binding of NF-kappaB with DNA. One study showed that nobiletin reduced airway inflammation of asthmatic rats. Treatment of skin cells with nobiletin also reduced inflammation caused by ultraviolet-B radiation. Anti-cancerThe properties of nobiletin are supported by many scientific studies.

Nobiletin act by its antiproliferation effect without being toxic to normal cells. Favourable results have been obtained on cancer cell lines of the liver, stomach, prostate and colon. Cholesterol loweringA study with cultured macrophages demonstrated the and atherosclerosis inhibiting properties of nobileti

2.Nobiletin can used to enhancing the movement of the intestines;

3.Some studies indicate that it may improve impaired memory loss and treat acne;

4.With the function of anti-tumor, it can suppress the proliferation of cancerous cell.

1. Applied in food field, various foods are use it as the materials;

2. Applied in cosmetic field, many sorts of orange peel oil can nourish the skin;

3. Applied in pharmaceutical field, it is made into tablet or capsule, which is often used for eat less and coughing much sputum.