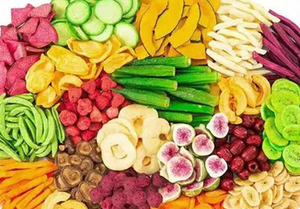 Lupus, or systemic lupus erythematosus, is a progressive, degenerative disease in which the immune system turns against itself, attacking a person's healthy tissue, cells and organs. Symptoms range from debilitating pain and fatigue to organ failure and a host of other impairments. An estimated 1.5 million Americans, and at least five million people worldwide, have a form of lupus.

Though there is no cure, a UH researcher and his team are actively working toward finding new treatments and, ultimately, a cure. Chandra Mohan, Hugh Roy and Lillie Cranz Cullen Endowed Professor of biomedical engineering in the UH Cullen College of Engineering, and his group's latest work could lead to new, more natural therapeutics for lupus that use a plant-derived chemical. The promising findings were recently published in Arthritis & Rheumatology, the monthly journal of the American College of Rheumatology.

With only one drug specifically approved for the treatment of lupus in the past 50 years, lupus patients are commonly treated with steroids, a class of immunosuppressive drugs that delay the development and progression of the disease by suppressing the immune system. By suppressing the immune system in its entirety, however, this mode of treatment carries with it an increased risk of infections and other harmful side effects.

In this latest research, Mohan and his colleagues present new findings that detail the use of a synthetic, plant-derived compound -- abbreviated CDDO -- that was shown to effectively suppress the multiple steps of lupus development in murine models, including the onset of kidney disease.

One of the most common organs to be attacked by lupus is the kidney, manifesting in lupus nephritis. While this condition doesn't affect all lupus sufferers, an estimated 40 percent of lupus patients develop it. Lupus nephritis, which causes inflammation of the kidneys and impairs their ability to effectively rid the body of waste products and other toxins, is the leading cause of lupus-related deaths and results in tens of thousands of hospitalizations per year.

"The development of lupus is a two-step reaction. First, the immune system develops antibodies that attack the body's own DNA, then that activated immune system attacks the kidneys," Mohan said. "We found that CDDO may block both of these steps."

Mohan says there is much left to be discovered about CDDO, including how it works in suppressing the progression of lupus. The next step for this research is to confirm whether the CDDO compound suppresses the immune system across the board, or whether it simply suppresses the activation of the specific signaling pathways that lead to the development of lupus.

To find this out, Mohan's group will test it in the lab to see if they can mount the proper immune response. If not, Mohan says the compound likely could be suppressing the entire immune system, which is the current problem with using steroids to treat lupus. Even if the compound is shown to be generally immunosuppressive, however, it still may be a better treatment option than steroids for some patients.

"The most exciting part of this research is that CDDO is originally plant-derived, so it's relatively natural and carries less chance of side effects," Mohan said. "That's a very important point, because many of the current therapeutic agents being used for lupus have significant side effects. As far as we have tested in these experiments, we found that the CDDO compound had no known side effects. Additionally, compared to many other test compounds we've previously tried for treating lupus, this one appears to be much more effective."

While it will take time to validate this before the compound can move from testing in the lab to clinical trials in humans, Mohan is encouraged by the prospect of treating lupus patients with more natural compounds that have fewer side effects.