You are here: Home » News » General Knowledge » Prospects And Predictions For The Development Of Functional Plant Beverage

Prospects And Predictions For The Development Of Functional Plant Beverage

Since 2000, functional beverages have become a healthy functional beverage popular in developed countries such as Europe, America and Japan. Health is the biggest demand of consumers. Vitamins, minerals, natural caffeine, plant extracts, preservative-free, natural, organic, low-content (low sugar, low cholesterol, low calorie) products and products that are good for the heart and stomach Healthy organic health juices, low-sugar products, and fiber-added products will continue to be popular and have a growing trend.

Development Status Of Special Purpose Beverages In Europe And America

Since 2011, functional beverages (formally called special-purpose beverages in China, see the general rules of beverages are divided into sports drinks, nutrient beverages and other special-purpose beverages such as beauty, weight loss, eye protection, antioxidants, etc.), including energy drinks Japan Known as functional drinks) and sports drinks have shown great vitality and development prospects in the European and American markets. According to data, in the European and American markets, energy drinks have clearly achieved an increase of more than 10%. It is worth noting that the consumption growth of functional beverages with natural ingredients is increasing, and consumers are very interested in energy drinks with all-natural ingredients. In 2011, US natural and organic food and beverage data showed that sales were close to 39 billion U.S. dollars, an increase of 9% over the previous year and an increase of 63% over 5 years ago. In 2015, sales are expected to reach or even exceed 78 billion yuan. 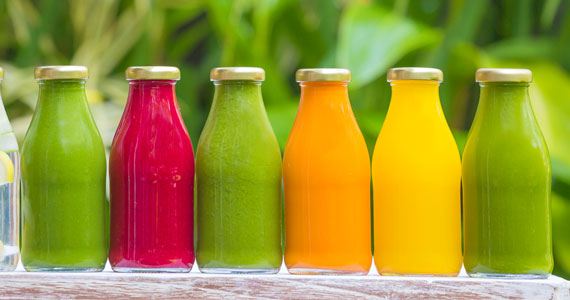 Special purpose beverages in Europe and the United States are mainly Red Bull, Monster and other brands. Monster, Red Bull, Rockstar, FULLTHROTTLE, and NQFUIR are the top five energy drink brands in the US market. Among them, the fastest growing is the energy supplement with super formula, such as Pioneer 5 hours, Red Bull, 6-hour Power, Monster Hitman, etc. The European market has also launched all-natural energy drinks. For example, Nestlé and the juice beverage brand JAMBA launched full-nutrition juice energy drinks, plant energy drinks and organic energy drinks such as Steam and Scheckter, Starbucks launched a coffee drink in the US market as an energy-enhancing double coffee energy drink, and launched at the same time With REFRESHERS as the brand of energy drinks for women, the American SAMBAZON launched a series of super fruit energy drinks with acai juice as the carrier. Protein drinks are another representative of functional drinks. The protein content of protein drinks is 5%-15%. Protein drinks can meet the needs of those who absorb basic nutrients, and at the same time become a healthy lifestyle for weight management and health care. Red Bull and Monster occupies the top 2 places in the global energy drinks. In the North American market, Monster has surpassed Red Bull to occupy the first market share. It is worth noting that direct selling companies headed by Amway in the United States have also stepped into the energy drink industry. The combination of 6 Kampo plant extracts, caffeine, and B vitamins has refreshed consumers.

The Utility Of Special Purpose Beverages In Europe And America:

2. Fatigued people who are sensitive to caffeine and niacin;

3. Provide the energy and sobriety of the working people;

The Development Trend And Common Ingredients Of Foreign Functional Beverages

4. Geographical characteristics: The United States and Asia have a leading position in terms of total market volume; the European market is better in terms of new product launches and creative activity, and the market growth rate is also high.

According to the Nielsen report, the consumption of functional beverages in China is not high compared to other market shares, but the prospects are very promising. (As shown in Figure 1) In 2015, China will become the world's largest beverage market, and the Chinese beverage market has now shown great potential, let alone the future development momentum. Among them, functional drinks and health drinks will play a greater development space. The development of China's beverage industry will also face two changes: a rapid output growth model will shift to a sales revenue growth model, and formula innovation will shift to R&D innovation. Since 2010, energy drinks have made great progress in China. Taking Red Bull as an example, according to AC Nielsen data, in 2014, Red Bull occupied 76% of the market share of energy drinks. Dongpeng Special Drinks ranked second and Le Le Tiger's respective market share is less than 10% of Red Bull's, and the food-related Zhongwo and Black Card markets account for a smaller proportion. From the perspective of product characteristics, products that imitate and follow Red Bull occupy the mainstream of the market, and product features and innovation are far Far from enough. The population is narrow and faces good market innovation opportunities.

At present, food functional beverages have no major market brands, and the scale of each brand is relatively small. In view of this, it is possible to develop food-based natural anti-fatigue beverages, which will be different from the mixed fruit flavor of Red Bull, thus occupying food-based anti-fatigue beverages. market. At the same time, with the advent of the age of head-down, the use of smart phones and tablet computers is very popular among modern people. Eye fatigue is a big problem. Nowadays, there are almost no beverages for people who use eye fatigue in the market, but if you develop them separately A beverage for eye fatigue, the product is slightly thin, so we can develop the dual-fatigue population for the current population fatigue and eyesight fatigue. In addition, the beverage trend of health food cannot be ignored. The convenience and convenience of drinking make beverages a good drinking carrier for health functional foods. Eye care, beauty, weight loss, anti-oxidation, and intestinal health are all good development directions for functional drinks.

Four Points Need To Be Considered In The Development Of New Brands And New Products:

2. Solve the shortcomings of existing products: eliminate consumers' worries that the two cannot be "combined" in product selection;

4. Use new methods to provide benefits: use new product forms or packaging to meet the unmet needs of existing products;

5. Effective use of brand platforms: Use existing brand assets to expand new categories and new products.