Rehmannia is a perennial plant of the Phrymaceae family also known as the lopseed family. Rehmannia is similar in appearance to foxglove (Digitalis purpurea). Its leaves are mostly at ground level and it blooms with flowers that can range from yellow to burgundy in color.

The plant was brought from Asia to the West in the eighteenth century and is cultivated mostly as an ornamental garden plant in the United States and Europe.

The whole plant is used to make herbal medicine. It is commonly used in combination with other herbs in Traditional Chinese Medicine and Japanese Medicine.

Therapeutic Uses and Benefits of Rehmannia

Rehmannia is the most important Chinese herb for disorders of the kidneys and adrenal glands. Rehmannia also appears to combat adrenal suppression caused by steroid hormones and has a similar tonic effect on the adrenal cortex as licorice.

A feature of rehmannia is that it is in a small group of herbs that are used to autoimmune diseases such as lupus, rheumatoid arthritis, fibromyalgia and multiple sclerosis.

Used to combat the symptoms and progression of these illnesses, anti-inflammatory herbs used include rehmannia, shemidesmus and bupleurum. Rehmannia also hinders the breakdown of cortisone products in the body, which lengthens this drugs effect.

In one study, patients with rheumatoid arthritis were treated with rehmannia and experienced good results, including a reduction of joint pain, swelling, and increased joint movement. Rehmannia also improved the general symptoms of asthma and urticaria. Mild oedema developed in a small percentage of patients which is a similar reaction to that induced by adrenocortical hormones.

In traditional Chinese medicine (TCM) the unprocessed rehmannia root is used to reduce heat in the blood, to nourish yin and promote the production of body fluid. Indications for TCM use include febrile diseases, skin eruptions and nosebleed.

In Western herbal medicine, rehmannia root extract is looked upon as an adrenal tonic; and is believed to support the cells of the adrenal cortex and pituitary during times of prolonged stress. Oral doses (10-500 mg/kg) of rehmannia fluid extract had an immune modulating effect in an experimental model.

Rehmannia root could therefore be helpful in addressing autoimmune conditions of the adrenals and thyroid. Unlike liquorice (also an adrenal tonic), rehmannia root is suitable for use in patients with hypertension (high blood pressure).

Rehmannia’s main active principles are iridoid glycosides. Catalpol was the first of these isolated from the herb, and it appears its main function is to stimulate production of adrenal cortical hormones. These hormones are anti-inflammatory and explain the use of rehamannia in treating asthma, skin diseases and arthritis. Catapol is also used to increase the production of sex hormones and in TCM. 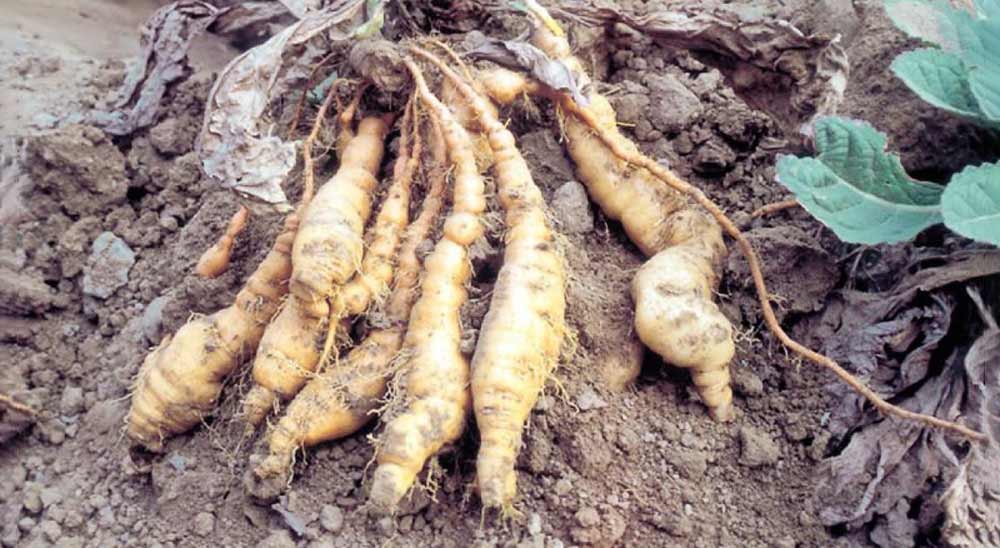