You are here: Home » News » Health Benefits » Rosavin Powder-Compound Only Be Found In Rhodiola Rosea Extract

Rosavin is an extract product of the roots of Rhodiola rosea. The most important of these are phenylpropyl esters and flavonoids. Phenylpropyl esters include rosavin, sosin, rhodiolain; salidroside and its aglycone, in addition to starch, protein, fat, tannin, flavonoids, phenolic compounds and trace volatile oils, also contain biologically active trace elements Iron, aluminum, zinc, silver, cobalt, cadmium, titanium, molybdenum, manganese, and the like. Rosavin is generally a generic term for three compounds, Rosavin, Rosarin and Rosin.

8 Benefits of the Rhodiola Extract - Rosavion 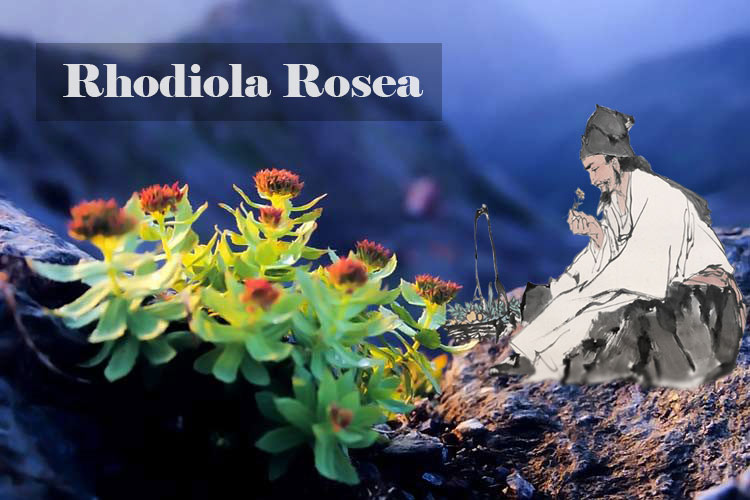 The rosavins stimulate the immune system in two ways: first, through direct special stimulation of immune defenses (one of the most important types of immune cells: Natural killer cells. NK-cells search for and destroy infected cells in the body. Rhodiola The extract restores the immune system to normal by improving T-cell immunity. This shows that it can improve the body's resistance to the accumulation of toxicosis. Second, the body is not susceptible to stress. When we are exposed to stress for a long time Under, and continue to draw energy from other systems, the overall impact is reduced immune response and health deterioration. Rhodiola rosea extract can also enhance B cell immunity by preventing stress and fatigue from B cell immunity .

Rosavins and salidroside can increase the rate at which serotonin precursors, tryptophan and 5-hydroxytryptophan are delivered into the brain. Serotonin is a widely studied brain neurotransmitter that enhances people's mental state and becomes a valuable medicine for those who live in countries where the monthly cycle is prolonged and there is not enough sunlight to color.

By limiting the adverse effects of free radical damage, it is effective against diseases caused by aging.

Like Siberian Ginseng, Rhodiola extract is often taken by athletes to enhance body function. Although the mechanism is still not fully understood, it appears to improve muscle/fat ratio and increase blood levels of hemoglobin and red blood cells.

Taking Rhodiola rosea extract shows potential as an anticancer drug and may be very effective when used in combination with several antitumor drugs. Soviet scientists found that oral Rhodiola inhibited tumor growth in 39% of experimental rats and reduced metastasis in rats by 50%. It can improve urinary tissue and immunity in patients with bladder cancer. In experiments with various other cancers, including adenocarcinoma and lung malignancies. Rhodiola extracts all lead to a significant increase in the survival rate.

In the Russian and Far Eastern cultures, the use of Rhodiola extract for enhancing sexuality has a long history. In an open clinical trial involving 35 men with erectile dysfunction, premature ejaculation or both, with 100-150 mg of Rhodiola rosea extract for 3 months, 26 of 35 patients admitted their sexuality. The function has been substantially improved.

In a controlled placebo experiment on the effects of Rhodiola extract on intelligence performance, 120 people were employed for a proofreading experiment. Subjects were tested before and after taking Rhodiola extract or placebo. The records of the experimental group were significantly improved while the control group did not change. Members of both groups were continuously tested for their ability to complete proofreading tests within 24 hours of taking the extract or placebo. In the controlled group, the number of typos in the proofreading test was greatly increased, and the function of the group taking the Rhodiola rosea extract was much smaller.

Even at high doses, the potential toxicity of Rhodiola rosea extract is only a quarter of that of Korean ginseng. In a double-blind clinical trial, the standard Rhodiola extract dose ranged from 100-170 mg per day, and the amount of rosavin contained therein was about 3.6-6.14 mg. The therapeutic dose of the Rhodiola preparation may be determined according to the degree of standardization; however, as long-term administration, the amount of rosavin within the above range appears to be cautious. A typical recommended dose is about 360-600 mg of Rhodiola rosea containing standard 1% rosavin or 100-170 mg of extract containing standard 3.6% rosavin per day. As a class of adaptations, long-term use should generally be taken for several weeks in advance to advance physiological, chemical and biological stresses, and to be taken during the duration of the anti-reaction or activity. When Rhodiola is used alone for acute use (for example, as a test or athlete competition). The recommended dose is 3 times that used for long-term use.

Taking more than 800mg per day may cause the following side effects: allergies, insomnia and discomfort. No other side effects were found..

If you’re going to take a Rosavin Powder supplement, you want to look for a manufacturer that offers natural Rhodiola extract and supplements, produced, stored, and packaged under strict guidelines to preserve their nutrient content and overall effectiveness.If you want to learn more about natural extracts, tongkat ali extract,mushroom extract, etc.