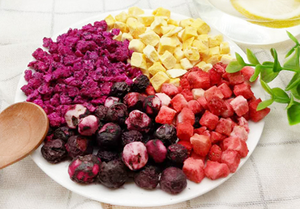 Solutions to limit the production of ammonia includes the implementation of good practices in livestock farming: keeping the temperature below 20ºC and adapting the ventilation to the density of animals in the buildings, renewing regularly the litter or optimising the animal feed.

But also phosphorus-based products can inhibit the growth of bacteria responsible for the production of ammonia. In addition, some of them have a drying action on the litter. Applied several times per week, these products enable a significant reduction in ammonia emissions, but they represent a new source of pollution: the phosphorus released into the environment – via wastewaters – is responsible for the deterioration of water, the proliferation of algae and polluting microorganisms.

The quest is on to move towards natural alternatives such as algae, minerals, plant essences or plant extracts. Extracts of saponin-containing plants, for instance, proved their inhibition effect on ammonia and they may also inhibit the bacteria responsible for ammonia production. Recent studies showed that saponins might be very efficient when added to animal feed.

Nor-Feed carried out a trial to test an additive based on Yucca schidigera plant extracts * on a commercial farm, in ­ Thailand. The additive was used at 100 g/ton in feed during 38 days. The trial group (n=13,000 broilers) received a standard complete feed + 100 g of the feed additive/ton.  The control group (n=13,000) only received the standard complete feed. The atmospheric ammoniac concentrations were measured once a week at several places in the building. It was shown that the feed additive delayed the release of ammonia emissions in the atmosphere.