You are here: Home » News » General Knowledge » Sweet New Darling On The Tip Of The Tongue: Stevioside

Sweet New Darling On The Tip Of The Tongue: Stevioside

An Italian-Swiss botanist, Dr. Moisés S. Bertoni, discovered a very sweet compositae in 1901, known as stevia. Stevia extract, steviol glycosides, is 50 to 450 times sweeter than sucrose and has very little calories. Stevia is native to Paraguay in South America, and borders Argentina and Brazil. However, researchers believe that the indigenous people used the plant in medicine and food to increase its sweetness before the 16th century when the Spanish arrived.

Dr. Hu Guohua, Secretary-General of the Sweeteners Professional Committee of the China Food Additives and Ingredients Association and a long-term researcher in sweeteners, said: "Steviol glycosides are natural, safe, stable, and sweet, with almost no calories. It is a pivotal member of the natural sweetener variety. "

The sweet stevioside brings a sweet new darling on the tip of the tongue, provides a solution for consumers looking for natural low-calorie desserts, and becomes the new darling of the sweetener family. 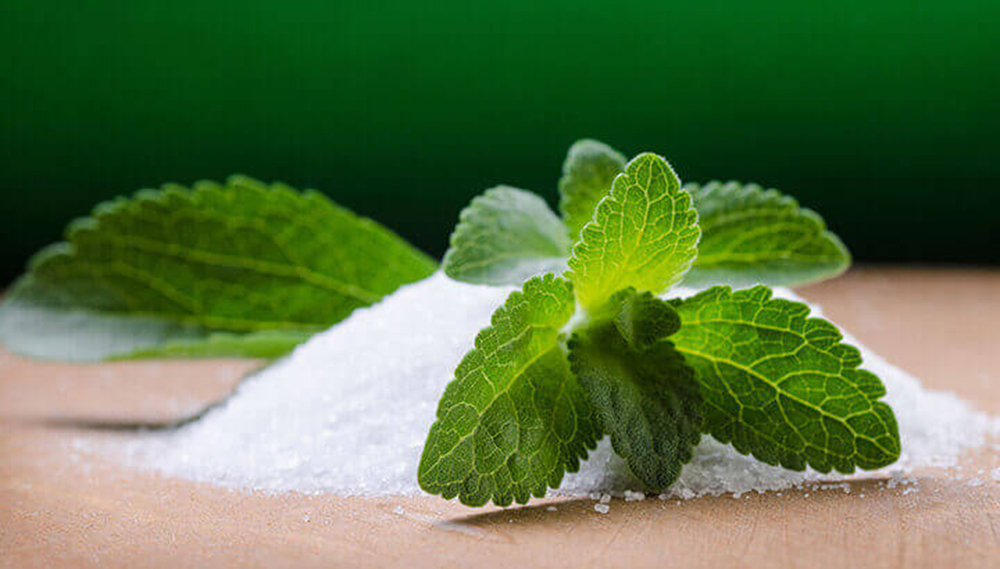 Naturally derived from the full sweetness of stevia

Stevia extract is separated from the leaves of stevia by a traditional extraction method that does not change the composition of sweet components of the plant. This process involves soaking the dried leaves of stevia in water, filtering to separate the liquid from the leaves and stems, and using water or food-grade alcohol to further purify the remaining plant extracts. The stevia extract is exactly the same as the compound found in the leaves. In order to use stevia extract in food, stevia extract must strictly adhere to the identification and purity specifications established by established national and global food safety authorities. These specifications clearly indicate that food-grade alcohol has undergone a safety assessment that allows for the extraction of steviol glycosides. In addition, the Codex General Standard for Food Additives requires that manufacturers comply with established identification and purity specifications and that all food additives comply with Good Manufacturing Practices (GMP).

All members of the International Stevia Council have committed to produce stevia extracts that meet the specifications specified by the FAO / WHO Expert Committee on Food Additives (JECFA), which stipulate that water and alcohol can be used as extracts in steviol glycoside production Agent. The council also established a leading stevia glycoside maturity testing program, which helps stevia producers and the food industry to continuously improve the analysis of stevia extracts. The program, through due diligence, provides food and beverage manufacturers with important tools to ensure that they purchase stevia extracts that meet the legal requirements for food. Stevioside is a safe sweetener

The safety of steviol glycosides has been extensively reviewed and scientifically proven by the Joint FAO / WHO Expert Committee (JECFA) and the European Food Safety Authority (EFSA). Studies of stevia extract have clearly shown that these ingredients are safe. In addition, clinical studies have shown that steviol glycosides, which meet the purity standards established by the Expert Committee, have no effect on blood pressure or blood glucose response, and are common to the general population, including those with diabetes, children and pregnant women, and people with unknown side effects or allergies. Is safe.

In the past two years, the US Food and Drug Administration (FDA) has agreed with the panel's conclusion that Rebaudioside A is generally considered safe (GRAS) as a universal sweetener. To date, the FDA has stated that it has no objection to the notification of the GRAS inspection mark for some individual stevia extracts.

In China, Dr. Hu Guohua has been focusing on the research of food additives, especially sweeteners. He believes that "steviol glycosides are stable and safe." Dr. Hu, a member of the National Food Safety Standards Review Committee, said, Standard classification, all beverages, such as carbonated beverages, fruit juice beverages, protein beverages, and tea beverages, can be added. At present, China has approved the use of about ten types of foods. Stevioside can be added. In addition to beverages, flavoring, Cakes, nuts, confectionery, etc. can also be used in table sugar, jelly, frozen drinks and other foods. It is worth mentioning that stevioside can also be used as medicine. It is called stevioside in Chinese medicines and has been used as a pharmaceutical supplement Widely used. "

Zero calories, sweet new darling on the tip of your tongue

As a plant-free calorie substitute, steviol glycosides are a perfect, unprecedented experience for consumers who are looking for a natural, calorie-free sweetener alternative to achieve a healthy lifestyle and weight management program. opportunity.

Studies have shown that stevioside does not contain any calories, does not affect blood sugar levels or interfere with insulin, can provide more flexible options for total budgeted caloric injections for diabetics, and can help control weight. No matter how ingested stevioside, there is no effect on glycemic index (GI).

The purified steviol glycoside has a good taste, no odor, and is similar to sucrose, but it does not induce dental caries like sucrose. In the past, stevia has been criticized for its bitter licorice taste. It's different now. Manufacturers focused on separating the best edible ingredients from stevia have developed higher quality raw materials and advanced extraction technologies.

Under a wide range of processing conditions, stevioside is particularly heat-resistant, light-resistant and acid-base resistant, exhibits good shelf stability, and has excellent solubility in a wide range of applications. Stevioside can be used in a variety of foods and beverages. Individual uses and levels of use may vary from country to country. Stevioside can have an additive effect when used in combination with other sweeteners. Hundreds of new steviol glycoside-containing products are launched every year around the world, with products ranging from the best sweeteners to beverages in many countries. Stevioside is particularly common in Asia, South America, and the United States today.

"China also has the natural advantages of growing stevia," according to Dr. Hu Guohua, "The environment in which stevia is grown in China is not inferior to that in South America. In East China, North China, and Central China, soil, climate, and other environmental conditions are very suitable for planting. Stevia. Stevia planting has brought economic benefits to farmers in Jiangsu, Anhui, Heilongjiang, Shandong, Gansu and other regions, and has greatly promoted providing farmers' income and increasing the added value of agricultural cultivation. Stevia can Artificial cultivation can be planted by family farmers and rural cooperatives, so the yield is much richer than other natural sweeteners. Its development and application are also consistent with the rapid development of the food industry in our country. It will follow with our The rapid development of the national food industry. "

Sweetness is one of the most important flavors in food and soft drinks. As a new type of natural sweetener, stevioside not only has a milestone significance for the food additive industry towards a more natural and healthier era, but also brings a sweeter and lighter lifestyle for humans.