Today, nanobiotechnology is one of the most popular research areas in modern science and technology. Of particular interest is the synthesis of silver nanoparticles (AgNPs), because silver is known to possess significant antibacterial properties and AgNPs are now an antibacterial nanomaterial typically applied in industry and medicine.

Metal NPs can be created using chemical, photochemical and electrochemical techniques. However, these methods consume a lot of energy, require high temperatures and involve toxic chemicals, resulting in large amounts of hazardous by-products and pollution of the environment. A clean, environmentally-friendly and safe way of synthesizing metal NPs is therefore needed. 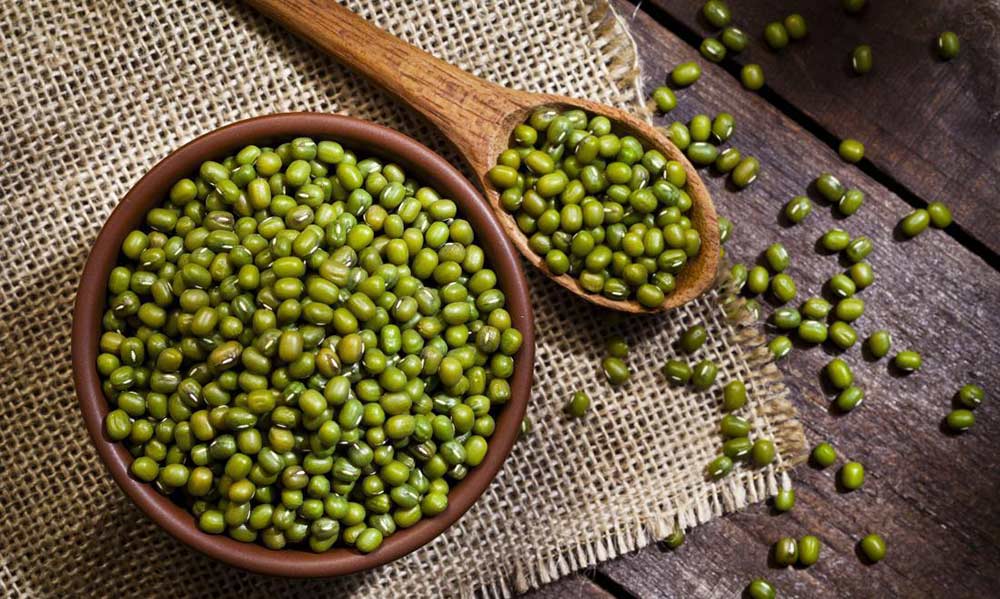 Biogenic methods for synthesizing metal NPs from bacteria and fungi do exist, but are associated with drawbacks including the need for aseptic conditions and the need for time-consuming manual maintenance of cultures.

In recent years, scientists have been using various plant extracts including fruits, seeds, flowers, bark and leaves to biogenically generate metal NPs. NPs made in this way are more compatible with pharmaceutical applications than chemically synthesized ones and the techniques involved do not require large amounts of energy and high temperatures. The methods are also cost-effective.

Manoj Kumar Choudhary and colleagues used aqueous seed extract of mung beans to break up aqueous silver nitrate solution into NPs, as well as to reduce and stabilize the particles. The NPs were characterized by UV–visible spectroscopy, Fourier transform infrared spectroscopy, transmission electron microscopy, atomic absorption spectroscopy and X-ray diffraction. They were then tested for antimicrobial effectiveness.

As reported in Applied Nanoscience, the researchers found that phytochemicals present in the seed extract were effective at reducing and stabilizing the Ag metal ions. They found they could synthesize crystalline, spherically-shaped NPs, with a size range of 5 to 30 nm. The particles remained highly stable for months at room temperature, even after five months.

“In the present paper, we report a simple, eco-friendly and cost-effective synthesis method of AgNPs at ambient conditions using seed extract of Vigna radiata as a reducing and stabilizing agent,” say Choudhary and team.“The AgNPs synthesized by this method have efficient antimicrobial activity against pathogenic bacteria.”

The researchers say the next step would be further investigation of the potential applications of the synthesized AgNPs, as the outcome of the study could be useful for applications in nanotechnology-based applications in pharmacology and medicine.