The story of green tea extract starts in ancient China. Thousands of years ago, somewhere in the southwest region of China, someone decided to eat the leaves of the Camellia sinensis plant. The flavor delighted him, so he began to tell others about his discovery. It wasn’t long until someone else realized they could use the leaves to brew a delicious drink, and legend has it that this began in earnest 2737 BC, during the reign of Emperor Shennong. Thus, green tea was born. This drink swept through the nation like chain lightning, and caught the attention of Chinese herbalists, who later discovered that it could also benefit our health in many ways. It’s now one of the most popular beverages in the world, but does it live up to the hype? And especially its most common supplemental form, green tea extract? 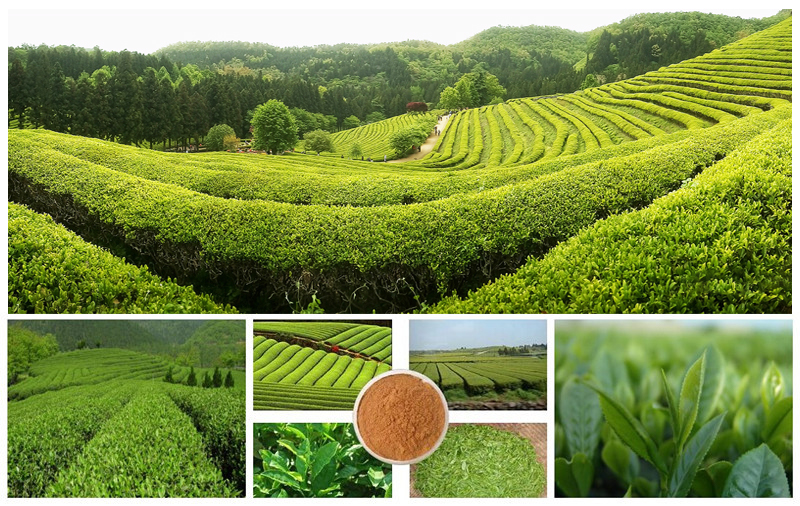 What Is Green Tea Extract?

The green tea extract is supplemented by simple green tea leaves and has an antioxidant effect. Grape Seed Extract and Blushwood Berry Extractproduced by GHB plant Extract have this function.Practically speaking, there’s no difference between ingesting green tea extract and drinking green tea.The reason for this is many of the health benefits associated with green tea come from chemicals found in the plant called polyphenols. These are molecules that plants produce to protect themselves against radiation and various disease-causing microorganisms. There are many types of polyphenols, and the green tea plant is particularly rich in one called a catechin. There are several types of catechins, as well, and green tea contains a large amount of the most potent of the bunch, epigallocatechin-3 gallate (EGCG).Most green tea extract supplements contain a small amount of caffeine as well, which is thought to contribute to its health properties.There are decaffeinated green tea supplements, but less is known about them scientifically because the majority of research has been conducted on caffeinated green tea extracts.

People take green tea extract to improve both their health and body composition.

Specifically, most take it to:

And the good news is this: Research shows that green tea extract can actually deliver on (some of) these hopes.

Does Green Tea Extract Have Any Side Effects

When taken at recommended doses, side effects from green tea extract are rare but can include:

These side effects tend to occur only in individuals who have a low caffeine tolerance, so if that’s you, get a decaffeinated green tea extract and you’ll be less likely to experience adverse effects.

Furthermore, green tea extract isn’t recommended if you suffer from any of the following, as it may make symptoms worse:

You should also check with your doctor before supplementing with green tea extract if you’re pregnant, breastfeeding, taking medication, or have a chronic illness like arthritis or type ll diabetes (just to be safe).