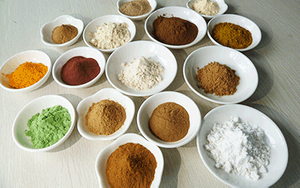 Under The Influence Of The Epidemic, Ten Trends In The Plant Extract Market In 2021
On December 17, 2020, the "Fifteenth Natural Extracts Innovation and Development Forum and Natural Ingredient Industry Development Forum" hosted by the China Chamber of Commerce for Import and Export of Medicines and Health Products was held concurrently at the CPhI exhibition at the Shanghai New In
Read More>>

The Unexpected Health Benefits of Saffron

When was the last time you added saffron to a dish? It turns out this infrequently used spice is well worth seeking out for its health benefits.

Saffron is the dried female stamens of the plant Crocus sativus, native to the Mediterranean. The stamens can only be harvested from the individual flowers by hand, and it takes up to 75,000 flowers to produce one pound of saffron.

It’s no wonder saffron is one of the most expensive spices in the world. Despite being difficult to obtain, saffron has been prized as a spice, medicine and dye for thousands of years. In fact, there are 50,000-year-old prehistoric depictions in Iran that contain saffron-based pigments.

This unique spice is linked to many different health benefits. These are some of the main findings.

A French study found an extract of saffron was able to help control snacking and improve weight loss in a group of mildly overweight, healthy women. The participants who ate a saffron extract for 8 weeks snacked less frequently and had a greater body weight reduction than those who didn’t.

The researchers felt the saffron extract creates a greater feeling of fullness when food is eaten, which leads to less of a compulsion to snack. 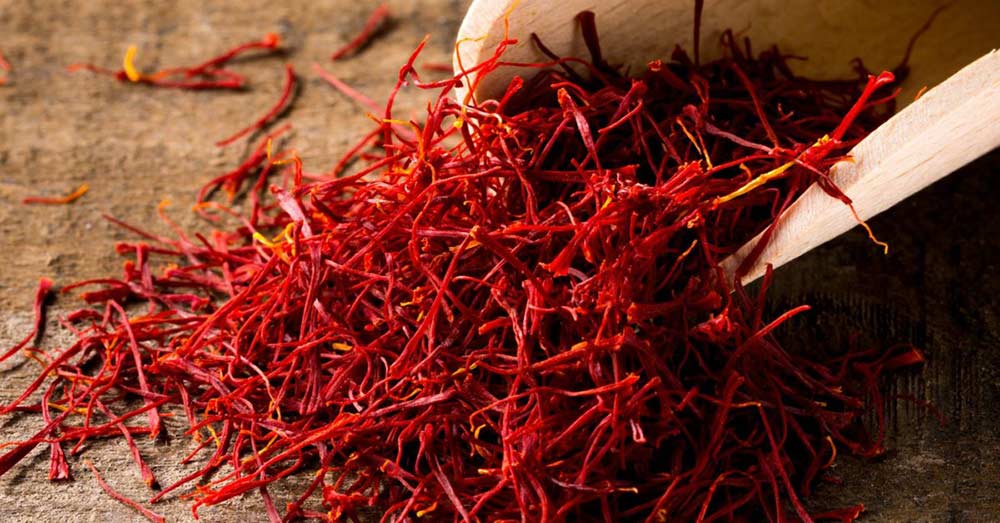 Love This? Never Miss Another Story.

In the first study, those who took saffron for 16 weeks had significantly better cognitive function than those who did not. In the second study, the saffron patients were compared to those taking donepezil, a common drug used in Alzheimer’s treatment. After 22 weeks, researchers concluded saffron was equally as effective as the donepezil. And the saffron did not cause vomiting or other unpleasant side effects.

Researchers at the University of Guelph reviewed hundreds of studies on natural aphrodisiacs. They measured these against strict standards for psychological and physiological sexual enhancement to determine which substances were truly effective.

Interestingly, wine and chocolate were not proven to be effective aphrodisiacs. You should try reaching for saffron instead when you’re looking for a pick-me-up.

Many clinical trials have shown saffron can be an effective treatment for mild to moderate depression, as well as major depressive disorder. A 2007 study found that even the petals of saffron had the same effect as the medication Prozac on patients with depression, with 25 percent of people going into remission.

Saffron has traditionally been used to treat various issues around menstruation, and research is now backing it up. Saffron supplements were found to significantly reduce the symptoms of premenstrual syndrome (PMS). This included an improvement in mood and behavior and a reduction in symptoms like cramps, tender breasts and food cravings.

Another study revealed that merely the smell of saffron was beneficial for PMS, dysmenorrhea (painful menstrual cramps) and irregular menstruation. Considering the cost of saffron, it’s significant that simply sniffing the herb may help treat menstrual issues.

Saffron has been shown to have a protective effect against heart attacks. After 8 days of receiving a saffron extract, rats were shown to have better oxidation in their heart tissue and the ability to handle biological stress compared to non-supplemented rats.

A Chinese study also found that a 10-day treatment with crocin, a compound in saffron, significantly reduced levels of harmful fats in the blood, including triglycerides and cholesterol. Crocin appears to block the absorption of these fats.

It’s been proven that saffron has significant cancer prevention properties, including the ability to fight free radicals and promote cell death in tumors. Evidence shows that saffron has the potential to be used in the treatment of gastric, colorectal, liver, pancreatic, prostate, breast, skin and lung cancers.

You can find saffron as a powdered supplement capsule, a liquid extract or simply the spice itself.

When buying the spice, make sure you’re getting a genuine product. Many fake or adulterated saffron products are on the market. To tell if your saffron is the real deal, immerse a tiny piece in warm water or milk. If the liquid colors immediately, you have a fake on your hands. Authentic saffron takes about 10 to 15 minutes of soaking before it changes the color of the water.

If you choose to take saffron as a supplement, check with your doctor first to make sure it’s compatible with any current treatments.