You are here: Home » News » General Knowledge » The United States will hold a hearing on more chinese products plus tax

"Disastrous" "catastrophe" - the US "New York Times" issued a document on the 16th, thus describing the United States plans to impose tariffs on Chinese products worth about $300 billion. On June 17, local time, the US Trade Representative Office will hold a public hearing to discuss the plan. More than 300 US companies will send representatives to testify and express their opinions. According to the report, the tariffs imposed on Chinese products earlier than the United States are mainly for industrial and commercial products. The target of the next round of tariffs is consumer goods such as toys and clothing. US retailers have warned: “Treaty threats are coming at the worst.” Recently, US companies and industry organizations have repeatedly voiced their opposition to expanding tariffs on Chinese products, but can this prevent the US government from becoming more and more crazy. The tariff war is an unknown number. 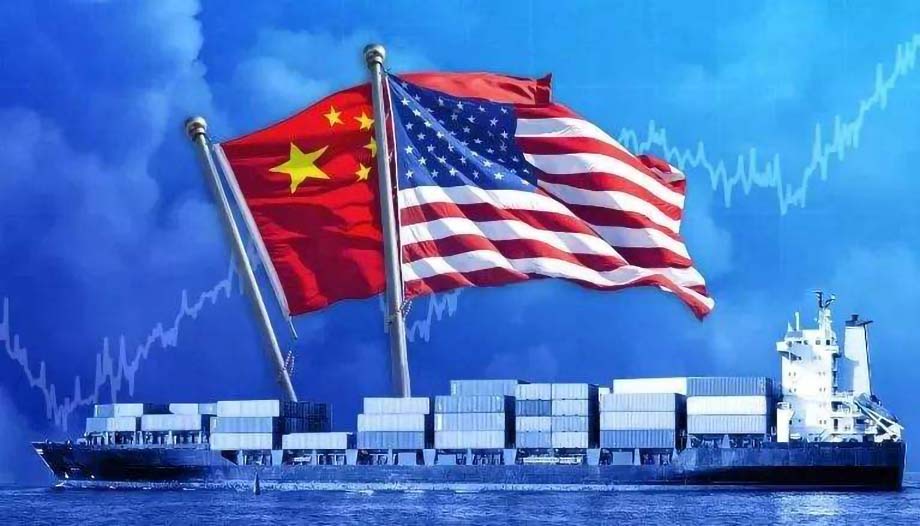 The US Trade Representative Office issued a press release on June 14 stating that the proposed tariff was an unfair act against China in areas such as technology transfer, intellectual property and innovation, according to Article 301 of the Trade Act of 1974. Supplementary response. Previous actions to impose tariffs on US$250 billion of Chinese goods under Article 301 have been in force.” The article stated that the hearing lasted for 7 days, from June 17 to 21, 24 to 25 . The hearing is not allowed to take pictures and video. The press release lists the companies and their representatives who participated in the hearing, including Best Buy Group, the largest home appliance and electronics retailer in the US, TCL North America, and sports brand New Balance. "Voice of America" said that the hearing will listen to the opinions of retailers, producers and other merchants, and members of the public, shareholders and government officials will also attend. After the hearing, the parties have a week to submit a written complaint.

"The hearing will be held soon, and the new tariffs are getting closer and closer." The Wall Street Journal reported on the 16th that according to the report, the data of the US$300 million and more than 3,800 Chinese products proposed to be imposed on the United States are analyzed. The biggest targets are mobile phones and laptops, others are children's vehicles, video game consoles, computer monitors and clothing, footwear, toys, games and sports equipment, books. Only a few Chinese products avoid the threat of all four rounds of tariffs, including medicines, chemicals, rare metals and medical supplies.

The Wall Street Journal said that at the hearing, US companies will have the opportunity to explain that they should not raise taxes on more Chinese products. The US trade representative can remove the relevant items from the tax collection list after receiving the testimony and written complaint. “But the agency rarely does this. In the second round of tariff increases last year, it originally proposed a list of 6031 tax increases, but after the comment period, only 297 were deleted.” August 2018, USA The Office of the Trade Representative held a hearing on the value of US$200 billion and 6031 categories of Chinese goods. More than 300 representatives from the United States, China and other places spoke. More than 90% of the representatives opposed the increase of tariffs. However, this tax increase plan has not been hindered.

"'Disastrous' 'catastrophe': Trump's tariff threats have alerted retailers," the New York Times said on the 16th, as retailers approached the deadline, retailers in Washington Intense lobbying activities. Retailers and analysts warn that this impact will be disastrous for the retail industry that has been plagued by vacant stores and malls. So far this year, US retailers have announced plans to close more than 7,000 stores, compared to 6,000 last year. Since January this year, the US retail industry has laid off 50,000 people.

The Washington Observer reported on the 16th that for the American engine manufacturer Cummins, the cost of the trade war has exceeded the company's savings from the Trump government tax cuts. The company’s chief executive, Tom Randbagh, said: “Because of tariffs on Chinese products, our taxes are now higher than pre-tax reforms.” The report said that although Trump repeatedly said that “China paid these duties. "But these tariffs are actually paid by American buyers when they arrive at US Customs. They have no choice but to pass the pain to consumers at a higher price."

The Wall Street Journal said that many US industries are united in opposing the expansion of tax increases on Chinese products, including the American Chamber of Commerce and the National Retail Federation. The report interviewed American business owners in the fireworks, textiles, decorations, cribs and other industries, they all presented to the US Trade Representative Office, unable to find alternatives to Chinese products. Last month, more than 170 US shoemakers and retailers jointly sent a letter to Trump calling for a stop trade war with China. On June 13, more than 600 US companies including Wal-Mart and Costco also issued a joint letter to oppose the tariff war with China. Kyodo News said on the 16th that some US companies’ US branches also opposed expanding tax on Chinese products and asked the US Trade Representative Office to remove their products from the tax increase list, including Epson USA, Sony Interactive Entertainment and Mitsubishi. Chemistry, etc.

"Trump's tariffs may lead to the collapse of the US economy," the US political website National Memo said on the 16th that there are signs that the US economy is slowing, but Trump will not pay attention to this, this self-proclaimed "very stable genius" repeatedly Prove that he does not understand economics, "in Trump's chaotic heart, his tariffs will make China poor." The article concludes by suggesting that the American people "have a good wallet", "because Trump's tariffs will make it thinner."