Tongkat Ali belongs to Rutaceae, Bitterwood, and Tongkat Ali plants. It is a wild tree plant growing in the pristine tropical rainforest near Southeast Asia in Southeast Asia. It is widely distributed in Indonesia, Vietnam, Malaysia and other countries.

Tongkat Ali belongs to Rutaceae, Bitterwood, and Tongkat Ali plants. It is a wild tree plant growing in the pristine tropical rainforest near Southeast Asia in Southeast Asia. It is widely distributed in Indonesia, Vietnam, Malaysia and other countries. Tongkat Ali is a traditional medicinal plant in its place of origin. It has the functions of clearing away heat and detoxification, anti-malaria, and improving male dysfunction. It is very popular in the place of origin, especially in Malaysia, and it is compatible with bird's nest and tinware. Known as Malaysia's three treasures, its value should not be underestimated. 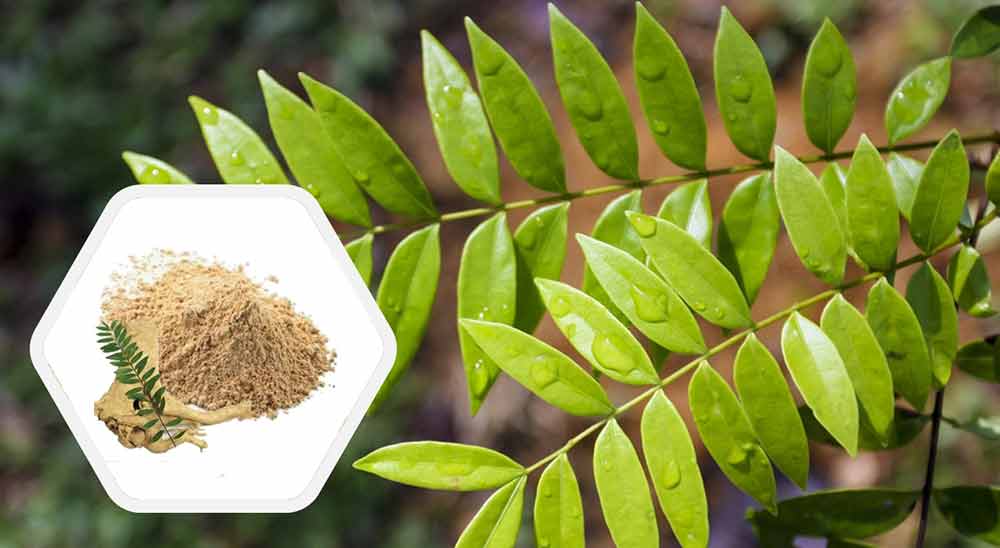 Tongkat Ali is a traditional medicinal plant in its place of origin. It has the functions of clearing away heat and detoxification, anti-malaria, and improving male dysfunction. It is very popular in the place of origin, especially in Malaysia, and it is compatible with bird's nest and tinware. Known as Malaysia's three treasures, its value should not be underestimated.

Tongkat Ali has been used as a traditional medicine and tonic for hundreds of years in the folk villages of Southeast Asia. It can be used as a single medicine or as an important medicine in the prescription. The local people believe that it can cure all diseases.

As early as 1851, the "Roger Diary" recorded the application of local people to Tongkat Ali. "Indigenous people in Malaysia are accustomed to take Tongkat Ali decoction to treat intermittent fever. Malay women also take Tongkat after delivery. Ali decoction is used as a tonic." With the continuous strengthening of interregional trade, many regional raw materials have also caught the "free ride" of trade, and the flow between different regions has become more frequent. With its own advantages, Tongkat Ali began to show its influence internationally.

The rise of raw materials must have a core function, otherwise it will be difficult to maintain long-term market development. Although Tongkat Ali has many functions, the core is strong kidney function, which can improve male sexual function. Studies have pointed out that Tongkat Ali contains many bioactive ingredients such as diterpenes, alkaloids, lignin, which can promote the body to secrete more hormones, androgens, progesterone, etc., can regulate the body's secretion, enhance blood circulation and metabolism, improve Kidney function.

In this respect, Tongkat Ali and Maca have very similar characteristics. However, when Maca is "foodized", its function must be completely different from the promotion function of promotion, because the properties of food limit some of its characteristics. It shows that this kind of change is especially obvious in our country.

Take maca as an example. At the beginning of entering China, maca is also a claimed function of improving sexual function. Even so, when health food is used, its function will evolve into anti-fatigue, because China has restrictions on health function of.

Therefore, even if Tongkat Ali is applied to health foods, its function is very likely to be anti-fatigue. It will be "fighted" with many related categories such as maca. Can it break out of the encirclement and not say, can it enter The raw material list of health food is still a big problem.

Tongkat Ali has a long edible history in its place of origin, so it has edible properties and is a potential food raw material. In recent years, Tongkat Ali has started a food registration journey around the world. In the definition of new food ingredients, all countries have strict review procedures, and the review of Tongkat Ali is bound to be longer. From the recall information notified by the European Union RASFF, it can be seen that the food market of Tongkat Ali is still relatively limited. Focus on North America and Southeast Asia.

In fact, Tongkat Ali does not have any history to learn from in China, and there are few relevant studies. At present, only foreign experience can be used in the evaluation of toxicology and safety. Therefore, the long approval cycle is also responsible for consumers. .

At the same time, we must also realize that once the identity of the new food ingredients of Tongkat Ali extract is confirmed, its functional properties will be further reduced.

Just like maca powder, after maca was approved as a new resource food in 2011, protein and dietary fiber became the main quantitative indicators. Under the strict restrictions of the "Advertising Law", its potential functional value is only expected, and Tongkat Ali is far less extensive than Maca in terms of consumer awareness, and its market expansion is even more difficult.

The Agricultural Market Is Unsustainable

The huge market opportunity has caused many businesses to play the "side-scrubbing ball", import it in the form of wood, and then sell it through sub-packaging. The wood is still sold, but the function is bought.

From a value perspective, we can't deny this kind of sales approach. It opened the domestic market in disguise, increased consumer awareness, and played a "sentinel" role on Tongkat Ali's food road. However, from the perspective of the legal framework, the form of wood actually belongs to agricultural products. It is qualitatively different from edible agricultural products. No matter how it is circumvented in publicity, the subjectivity of its consumption is obvious, and the merchants are actually carrying greater legal risks.

Judging from current research and consumer feedback, Tongkat Ali's functions are changing to popularity. In addition to strengthening kidneys, consumers are also very concerned about their blood sugar lowering and uric acid lowering functions, and their versatility is gradually being recognized by the market. . The enduring market demand cannot be separated from the support of science, and Tongkat Ali's road of scientific research cannot be ignored either.