Yucca describes a type of shrub that grows in drier parts of the Southwest of the United States and parts of Mexico and Latin America. It has a long history as an important plant to Native Americans, who have used it for everything from cooking and crafting to treating medical conditions.

There are several different species of yucca, but they generally look the same. The plants have long pointy green leaves that stick up from the ground. A flower stalk grows in the center of the leaves and turns to fruit after it has bloomed.

Yucca has many different traditional uses. It has been used as a food source and has been used to make products such as soap, shampoo, clothing, and rope. Native Americans ate the yucca flowers, fruits, and root. The sharp leaves were even used as tools to create art. 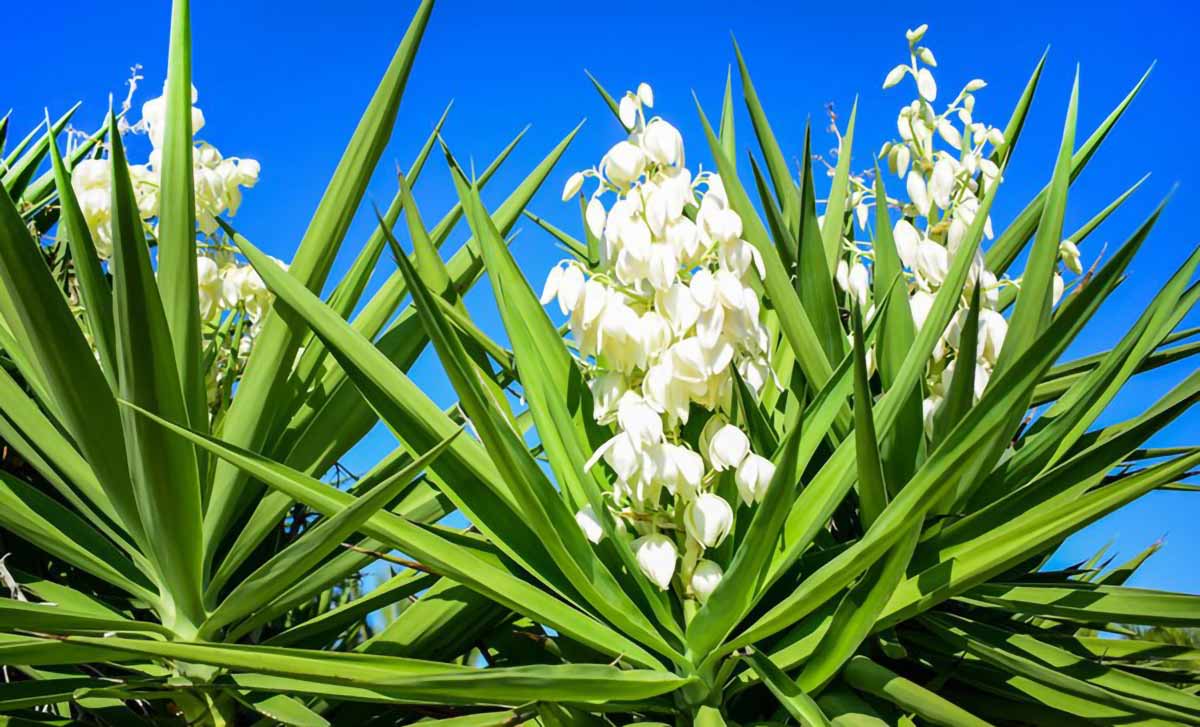 Yucca has also been used as a remedy for conditions and symptoms like:

Yucca has a high carbohydrate content. The root is often prepared in a similar way to potatoes. After the thick outer skin is removed, the root can be baked, fried, boiled, or mashed. It might be served as a side dish or as part of the main course. The texture is a little thicker and yucca has a milder taste than potatoes.

Yucca’s health benefits likely come from its fiber, antioxidant, and saponin content. Modern research suggests it may have a place in the medical world. Powder, liquid extracts, and tablets are sold at as supplements at health food stores. Extracts are generally made from the leaves or bark from the roots.

It might be a good carbohydrate option if you have diabetes. One cup of yucca has almost 4 g of dietary fiber, which is important for weight control and digestion. People with diabetes are encouraged to eat foods high in dietary fiber because they take longer to digest. This helps the body maintain blood sugar levels. Research on animals suggests that yucca may help regulate blood sugar and cholesterol levels.

Antioxidants help prevent or enable the body to recover from cell damage. Free radicals are molecules that form during normal activities of daily living such as when you exercise or get exposed to environmental factors such as pollution or sunlight. These molecules cause oxidative stress, which is believed to have a role in causing cancer, diabetes, heart disease, and many other harmful conditions. One study found that the polyphenols (a type of antioxidant) in yucca may help protect against UV sunrays.

Yucca powder and yucca extract can be used as animal feed additives. Beneficial effects in livestock and poultry production include: increased growth rate and improved feed conversion ratio, reduction in atmospheric ammonia in confinement animal and poultry facilities, anti-protozoal and nematocidal activity, modification of ruminal microbe populations, inhibition of Gram-positive bacteria, reductions in stillbirths in swine, reduction in egg and tissue cholesterol contents, and anti-arthritic activity in horses and dogs.